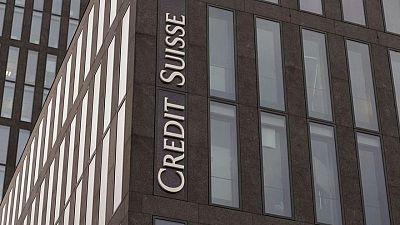 ZURICH -Credit Suisse shareholders on Friday rejected by a wide margin the board’s proposal to discharge the beleaguered Swiss bank’s management from liabilities for the 2020 financial year, as investor ire over a slew of costly missteps grows.

The vote showed growing pushback over what has been described as a free-wheeling culture at Switzerland’s second-biggest bank.

“Although I’m only a small fish in your eyes…I would like to ask the board of directors: what has gone so wrong in recent years?” one investor who claimed to hold just over 10,000 shares told the bank’s virtual annual general meeting. “When one bit of bad news is over, the next one seems to follow.”

Even after the board excluded the collapse of the bank’s Greensill-linked supply chain finance funds from the legal discharge, the vote garnered only 35.88% approval.

Chairman Axel Lehmann said the board noted the results with regret.

Reeling from billions in losses racked up in 2021, Credit Suisse has continued to be dented by costly hits and an extensive list of legal cases, posting a first-quarter loss on Wednesday.

Addressing shareholders as chairman for the first time, Lehmann said the bank must work to regain their trust.

“The major challenge we face is to steadily work towards our objectives with great determination and consistency – and in doing so, to win back the trust of clients, employees, regulators and investors and preserve that trust over the long term,” Lehmann, appointed to the role in January, said.

Swiss corporate directors can be held responsible for wilful or grossly negligent violations of their duties, with shareholders asked each year to free them from legal liabilities for the previous year.

Votes at this year’s AGM covered two financial years, as Credit Suisse withdrew an agenda item from its meeting in 2021 while it investigated two scandals — including the collapse of $10 billion in supply chain finance funds linked to insolvent British financier Greensill — which hit the bank that March.

Even though these hits were racked up in 2021, proxy advisers had recommended investors reject the 2020 backing over risk and control deficiencies they said led up to the succeeding events.

They recommended shareholders vote in favour of a 2021 discharge following “meaningful steps” to improve governance.