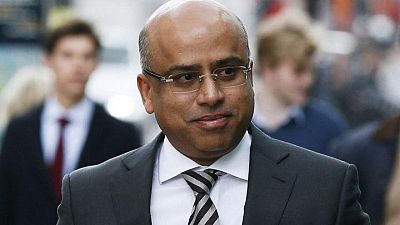 By Kirstin Ridley and Eric Onstad

The SFO, which last year opened an investigation into suspected fraud, fraudulent trading and money laundering at the Gupta Family Group Alliance (GFG), said investigators spoke with executives at addresses across the country on Wednesday.

The agency said the executives had cooperated but declined to comment further on an ongoing investigation.

The move adds pressure on Gupta, who has been scrambling to refinance his international network of steel and aluminium and energy businesses following the collapse of supply chain finance firm Greensill Capital.

The stepped-up SFO investigation, in which the agency issued so-called Section 2 notices – used to compel information and documents from witnesses and potential suspects – comes a week after French authorities visited GFG‘s office in Paris as part of an ongoing investigation.

A GFG spokesman declined to comment on the British operation. But in an internal memo seen by Reuters, staff were told the company had consistently rejected any wrongdoing and pledged full cooperation.

“We appreciate these enquiries can be disruptive and concerning for employees and stakeholders. However, we are encouraged that the investigation is now progressing and is moving closer to a conclusion,” it stated.

“We will be contacting key stakeholders to inform and update them, to ensure they are aware and reassured that we are cooperating fully and have the right practices in place already to handle such information request orders.”

The SFO in May 2021 announced a criminal investigation in relation to the financing and conduct of the business of companies within GFG – also known as the Liberty House Group of companies – including financing arrangements with Greensill Capital UK Ltd.