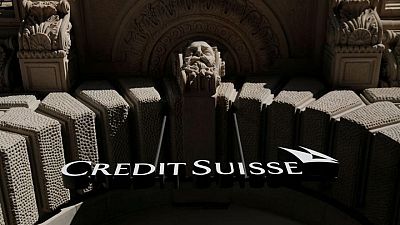 ZURICH – Credit Suisse plans to rely on existing capital to navigate a challenging transition period, a source close to the matter said on Wednesday, even as a first-quarter loss worsened the Swiss bank’s financial pain and triggered a new management reshuffle.

Still reeling from billions in losses racked up in 2021, Credit Suisse’s fourth quarter in the red in the last 18 months is in marked contrast to its larger rival UBS which recorded its best first quarter in 15 years.

Dented by a series of costly hits and an extensive list of legal cases the bank has described as legacy matters, Credit Suisse posted a net loss of 273 million Swiss francs ($284 million) in the first three months of the year.

Shareholder pushback over what has been described as a free-wheeling culture at Switzerland’s second-biggest bank has been growing and analysts said the near halving of its net revenue was a key concern.

Bank executives said capital could remain constrained over the next six months as it continues to make significant outlays towards compliance and risk, though a source familiar with the matter said a capital increase was not under consideration.

A reduced appetite for risk alongside challenging market conditions had hit the bank’s net revenue in the first quarter, though business was slowly starting to get going again, Chief Executive Thomas Gottstein said.

Credit Suisse also announced that three of its longest-serving executives, including Chief Financial Officer David Mathers, were leaving their roles. After the changes, Credit Suisse’s executive board will consist entirely of managers who assumed their current roles no earlier than 2020.

Incoming General Counsel Markus Diethelm will be tasked with re-examining the bank’s legal strategy when he takes over from long-time counsel Romeo Cerutti, a source familiar with the matter said.

The bank named Edwin Low head of its Asia-Pacific business, replacing veteran banker Helman Sitohang who is staying on as an adviser, and brought in Francesca McDonagh from Bank of Ireland to head its Europe, Middle East and Africa (EMEA) region.

The bank has been trying to reform its risk management culture and turn the page on a series of scandals, which have prompted multiple rounds of management shake-ups, abrupt departures, and internal and external investigations.

In recent months, it has become a defendant in the first criminal trial against a major bank in Switzerland and a Bermuda court ruled in March that a local unit owed billionaire Bidzina Ivanishvili in excess of $500 million over a long-running fraud committed by a former adviser.

The bank said it had bulked up legal provisions by 703 million francs in the first quarter, which contributed to its weak bottom line. Credit Suisse had warned last week that it had lost money in the quarter and the loss ultimately turned out to be worse than a 252 million franc hit last year.

“The detailed release today is another negative surprise,” Jefferies analysts said in a note. “Removing all of the above one-offs and getting to an adjusted basis, the picture remains concerning in our view.”

Investors have been looking for signs of how the series of scandals is impacting the bank’s client relationships, seen as the bedrock of Credit Suisse’s core wealthy and ultra-wealthy parts of its wealth management business.

It said its core wealth management business, which it has been trying to shore up, had seen 4.8 billion francs in client inflows during the first three months of the year, driven mainly by ultra-wealthy customers in Switzerland as well as its Asian and external asset managers businesses.

Revenue at the business, however, fell 44% as the bank pointed to a slowdown in its wealth and investment banking “Global Trading Solutions” tie-up – an area the bank is targeting for growth under its new strategy – as well as lower brokerage and product fees.

Credit Suisse said in November it would rein in its investment bankers and exit prime services, the business responsible for booking a multi-billion-dollar hit after the collapse of U.S. investment firm Archegos in March 2021.

On Wednesday, it said it had reduced capital allocated to the investment bank by $2.5 billion since the end of 2020 and remained on track to release over $3 billion through 2022.

Investment banks have come under pressure due to a slump in dealmaking globally, but volatility fuelled by concerns around interest rate rises and the economic fallout of the Ukraine war have helped trading desks outperform expectations.

Alongside a steep drop in capital markets revenue seen by other competitors, Credit Suisse posted a 47% drop in equity sales and trading revenue following its exit from prime services. Derivatives and cash trading sales were also lower, while fixed-income sales and trading was down 50%.

The bank will now face investor scrutiny at its annual general meeting on Friday.