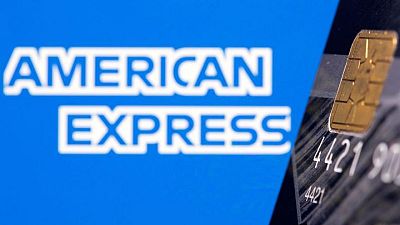 By Mehnaz Yasmin and Niket Nishant

“All of the revenue momentum … was driven by the investments we’ve been making in marketing, value propositions, coverage, technology and talent,” Chief Financial Officer Jeffrey Campbell said on a post-earnings call.

Consumer spending in the United States has been rising as Americans make up for lost time traveling, shopping and dining out as pandemic restrictions ease and COVID-19 retreats from its peak levels.

Despite the Omicron blip in January and early February, travel and entertainment spending on AmEx cards rose 121% on an FX-adjusted basis.

Russia, where AmEx suspended all operations in March following Moscow’s invasion of its neighbor, and Ukraine were “very very small markets” for the company, Campbell said in an interview with Reuters.

Remnants of the business there might at some point lead to a writedown but it would not be significant, Campbell added.