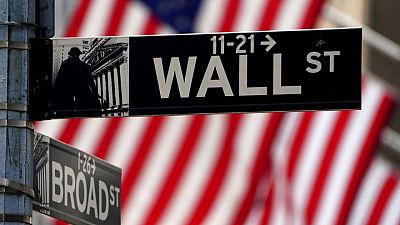 By Noel Randewich and Sinéad Carew

– The collapse of Netflix’s stock on Wednesday after the company reported its first loss of customers in a decade is the latest drastic sign that Wall Street is abandoning streaming services and other pandemic winners and questioning whether they still merit growth stock valuations.

With Netflix shares tumbling 37% after the entertainment heavyweight’s disastrous quarterly report late on Tuesday, its stock market value has now fallen by two thirds from its peak of over $300 billion late last year.

Netflix’s market capitalization now stands at about $100 billion, by far the smallest among the so-called FAANG group of stocks – which also includes Facebook-owner Meta Platforms, Amazon, Apple and Google-owner Alphabet – that fueled much of Wall Street’s rally in the years prior to the 2020 COVID-19 pandemic.

Facebook-owner Meta Platforms, the next least valuable FAANG company, was worth about $550 billion on Wednesday, with its stock dropping about 7% as investors dumped a range of former stay-at-home winners in the wake of Netflix’s report.

“I think it’s going to take some time for them to start to recognize whether or not Disney and Roku and Netflix and Hulu and Paramount might not be growth companies any more, that they might have hit their saturation point,” Bianco said.

Walt Disney’s video steaming service pushed Disney’s stock higher immediately after it was unveiled in 2019 and helped the theme park operator weather pandemic-related shutdowns. However, after peaking a year ago, Disney’s stock has steadily lost ground and it is now trading at levels below when Disney+ was unveiled.

Disney’s venture into video streaming lifted its forward price/earnings valuation to levels similar to Netflix’s in 2020, with Disney’s PE briefly reaching as much as 72 at a time when Netflix was valued at 58 times earnings, according to Refinitiv data. But both companies’ PEs have since fallen in tandem, reflecting tougher competition as more streaming services entered the market and the increasing financial burden of producing top tier content to attract and keep customers.

Other companies that benefited during the pandemic have also given up more of their gains in recent months as consumers venture out of their homes and shift their spending habits. Peloton Interactive, Zoom Video Communications and Pinterest have all tumbled in recent months and are now down more than 60% over the past 12 months.

While competition is growing across the streaming industry, Truist analyst Matthew Thornton believes Netflix is the most vulnerable because it is the largest and most well-established.

“They’ll feel it more than an emerging challenger,” Thornton said.

While Disney has also been hurt by pulling out of Russia because of the war in Ukraine, Thornton said the impact has already been well telegraphed to investors.

Analysts on average expect Disney to report a 29% year over year jump in revenue to $20.1 billion when it provides its quarterly results on May 11, according to Refinitiv. Analysts expect it to report a March-quarter net profit of $1.8 billion, almost double from a year ago.