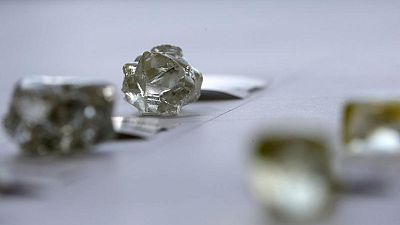 LUANDA -Diamond miner De Beers has signed two mineral investment contracts with the Angolan government, the Anglo American subsidiary said on Wednesday, in a return to the southern African country it left in 2012.

The contracts, for licence areas in the northeast, are for 35 years and give De Beers the rights to explore and mine, through two new joint ventures with Angola’s state diamond company Endiama.

De Beers will hold 90% of the new joint ventures and Endiama will hold 10% initially but can increase its equity share over time, Angola’s oil and natural resources minister Diamantino Azevedo said at a ceremony in the capital, Luanda.

“De Beers’ return to Angola marks an important moment for the country and for the global mining sector,” Azevedo said.

De Beers previously explored for diamonds in Angola between 2005 and 2012 but concluded that a stand-alone deposit in the area was not economic and relinquished its concession.

Angola was the seventh biggest producer of rough diamonds in the world in 2020, according to Kimberley Process statistics. Western sanctions on the world’s biggest diamond producer, Russia, could boost demand for alternative sources of diamonds.

“Angola has worked hard in recent years to create a stable and attractive investment environment and we are pleased to be returning to active exploration in the country,” De Beers CEO Bruce Cleaver said in a statement.

In a sign of commitment to greater transparency, earlier this month Angola applied to join the Extractive Industries Transparency Initiative, a body through which countries report publicly on government revenues from mining and oil.