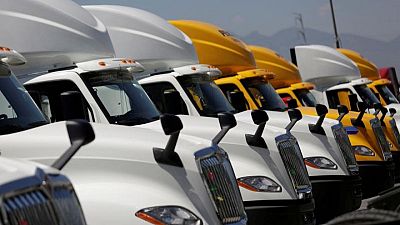 The deal has an enterprise value of 865 million reais ($184.2 million), Tupy said in a securities filing.

The company manufactures engines for Brazilian, European and North American trucks, buses and machine makers, and also converts motors to allow them to run on natural gas, biodiesel, biogas and biomethane, Tupy said.

“This transaction is in line with Tupy’s growth strategy both in current businesses, by adding value to its products, and in promoting viable decarbonization solutions, benefiting from the high potential for biofuels (in Brazil),” it added.

Shares in Tupy were up 8% at 18.11 reais in midday trading, outperforming Brazil’s main stock index Bovespa, which fell 0.1%.

Analysts at BTG Pactual, which rates Tupy Buy, said the deal would enhance the company’s value.

“We believe that the deal creates strategic value for Tupy, increasing its exposure to the decarbonization of the economy and to the aftermarket segment,” they said.

Tupy said it is evaluating its capital allocation strategy to pay for the deal, taking into account third-party funding as well as its own resources. The payment will happen once the deal is closed.