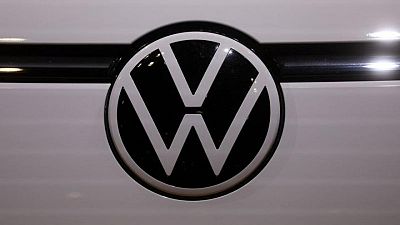 BERLIN -Volkswagen on Thursday warned that it had started to feel the impact of the war in Ukraine on supply chains and raw materials prices in the first quarter, with the longer-term effects on its business difficult to predict.

The company indicated an 8.5 billion euro ($9.27 billion)operating profit for the first three months of the year, but noted that 3.5 billion euros of that was attributable to commodity hedges amid soaring raw material prices.

Its operating return on sales jumped to 13.5% in the first quarter, according to the preliminary figures, from 7.7% in the same period of 2021 when the COVID-19 pandemic and semiconductor shortages were weighing heavily on results.

A spokesperson said in March that the company had long-term measures in place with suppliers to secure raw materials, including an “extensive and forward-looking purchasing and hedging program for important precious metals”.

Nonetheless, Volkswagen warned at its annual results conference last month that the outbreak of war in Ukraine called its annual forecast of an 8-13% boost to revenue with a 5-10% increase in deliveries into question.

Volkswagen Group deliveries were down 21.9% in January to March, totalling just over 1.89 million vehicles, with brand deliveries down 25.6%. Still, deliveries of all-electric vehicles grew 65% to 99,100, with the biggest increase in China.

Carmakers have prioritised their electric line-ups amid a shortage of semiconductors as a way to boost revenue and remain on track to meet tightening European climate regulations.

BMW reported last week that its deliveries in the first quarter had fallen 6.2% while Mercedes-Benz saw a drop of 15% from last year.

Volkswagen is due to publish first-quarter results on May 4.