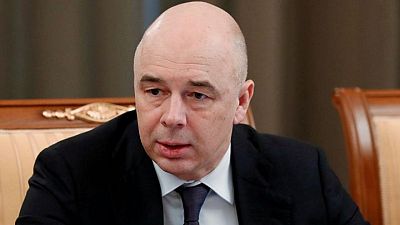 -Russia will take legal action if the West tries to force it to default on its sovereign debt, Finance Minister Anton Siluanov told the pro-Kremlin Izvestia newspaper on Monday, sharpening Moscow’s tone in its financial wrestle with the West.

Russia faces its first external sovereign default in more than a century after it made arrangements to make an international bond repayment in roubles last week, even though the payment was due in U.S. dollars.

It had been due on April 4 to make a payment of $649 million to holders of two of its sovereign bonds, but the U.S. Treasury blocked the transfer, preventing Russia from using any of its frozen foreign currency reserves to service its debt.

“Of course we will sue, because we have taken all the necessary steps to ensure that investors receive their payments,” Siluanov told the newspaper in an interview.

“We will present in court our bills confirming our efforts to pay both in foreign currency and in roubles. It will not be an easy process. We will have to very actively prove our case, despite all the difficulties.”

Siluanov did not elaborate on Russia’s legal options and did not say where any court hearing could happen.

The bonds in question were issued under English law, which allows a borrower to defend itself by saying that an external force made it impossible to honour obligations, so the court may postpone the payment, said Mitu Gulati, professor of law at the University of Virginia.

“So I think Russia is going to argue this but … this is a war … caused by Russia,” said Gulati, also an expert on debt restructuring, adding: “This is not a completely implausible legal argument.”

Siluanov has said Russia will do everything possible to make sure its creditors are paid.

“Russia tried in good faith to pay off external creditors,” Siluanov was quoted saying. “Nevertheless, the deliberate policy of Western countries is to artificially create a man-made default by all means.”

The finance ministry did not reply to a Reuters for a comment on what specific legal actions Russia may take.

Russia has not defaulted on its external debt since the aftermath of its 1917 revolution, but its bonds have now emerged as a flashpoint in its economic tussle with Western countries.

The key question is whether Russian assets previously frozen by Western countries, such as nearly a half of Russia’s $640 billion in gold and foreign exchange reserves, could be claimed by creditors following the default, said Artur Starikov, a partner with Capital Law Office.

A default was unimaginable until recently, with Russia rated as investment grade in the run-up to its Feb. 24 invasion of Ukraine, which Moscow calls a “special military operation”.

“If an economic and financial war is waged against our country, we are forced to react, while still fulfilling all our obligations,” Siluanov said. “If we are not allowed to do it in foreign currency, we do it in roubles.”