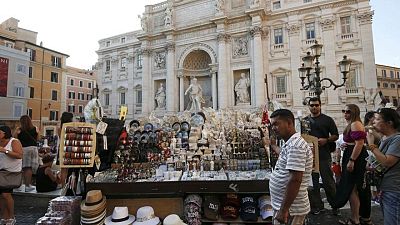 ROME – Italy has slashed its growth estimate for this year as the war in Ukraine weighs on the economy, while confirming a previous 2022 budget deficit target of 5.6% of national output, according to a draft government document seen by Reuters.

The Treasury’s annual Economic and Financial Document (DEF)forecasts gross domestic product in the euro zone’s third largest economy will grow in 2022 by 3.1%, down from a 4.7% projection made last autumn, the draft shows.

The economy probably contracted in the first quarter, the draft of the DEF showed. It is expected to recover in the second quarter, the document says, while acknowledging growing difficulties connected with events in Ukraine.

“Economic prospects, conditioned in the last two years by the (COVID) pandemic, are now marked by uncertainty regarding the conflict between Russia and Ukraine and the consequent increase in raw material prices and financial market fluctuations,” the draft said.

A lasting war “would have strong repercussions on inflation as well as on economic growth,” it said.

The new forecasts are set to be approved by the cabinet later on Wednesday and will form the preliminary framework for the 2023 budget.

In confirming the 5.6% deficit goal this year, Prime Minister Mario Draghi is helped by the fact that the fiscal gap would be expected to come in at 5.1% under an unchanged policy scenario.

This allows potential leeway worth around 9.5 billion euros ($10.38 billion) of additional spending or tax cuts without increasing the current target.

However, 4.5 billion of this will go to finance schemes to cap energy prices approved earlier this year which were only temporarily funded.

This leaves 5 billion euros available for the government to spend this year without hiking the 5.6% target, the document said.