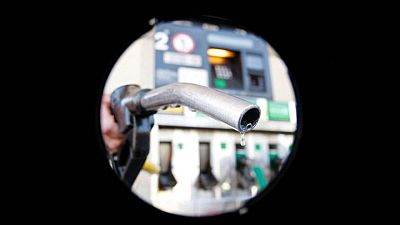 OSLO – Norway’s central bank said on Thursday it would buy foreign currency for its sovereign wealth fund in April, the first time it has done so in almost nine years, amid a surge in the country’s oil and gas revenues, weakening the crown currency.

Norges Bank plans to exchange 2 billion crowns ($231.9 million) per day into foreign currency, which will in turn be invested abroad by the wealth fund, already the world’s largest with assets of $1.3 trillion.

A spike in the price of petroleum, Norway’s main export, has led to a big inflow of tax revenue that exceeded government spending.

Economists have said a switch to buying foreign exchange, and thus selling crowns, may weaken the currency. Norges Bank says its transactions are done for fiscal reasons on behalf of the state, and are not to be regarded as market intervention.

Norges Bank last sold crowns in the third quarter of 2013, but was forced the following year to start buying instead, exchanging foreign currency earned from petroleum and the wealth fund into crowns to fund Norway’s growing fiscal spending.

The central bank has since continued to buy crowns on a daily basis, except for some months when it neither bought nor sold any currency.

“On behalf of the Ministry of Finance, Norges Bank carries out the necessary foreign exchange transactions related to petroleum revenue spending over the central government budget and saving in the (wealth fund),” the central bank said.

Norway is western Europe’s largest oil and gas producer with daily output of some 4 million barrels of oil equivalent.