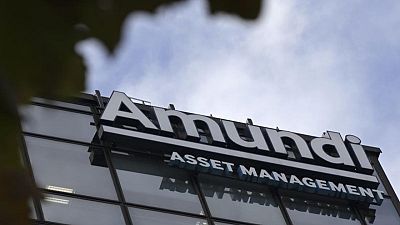 – The United States is unlikely to face an economic recession in the next two years despite bond markets flashing warning signs, inflation at its highest in decades and rising geopolitical risks, portfolio managers at PIMCO and Amundi said.

A closely monitored part of the U.S. Treasury yield curve briefly inverted on Tuesday, a sign that investors were concerned the U.S. Federal Reserve’s aggressive rate hikes to tame inflation could tip the economy into recession.

“We see low probability of a recession this year or next. Our models show the risk is slightly higher than the historical average, but not at a level that is concerning,” Erin Browne, multi-asset portfolio manager at bond giant PIMCO, told the Reuters Global Markets Forum on Wednesday.

Browne’s view was echoed by Ken Monaghan, co-head of high yield at the U.S. arm of Europe’s largest asset manager Amundi, who told the forum he does not expect a recession in 2022 and reckons it is unlikely in 2023 despite some elevated risks.

The last time this part of the yield curve, which compares yields on two-year Treasury with 10-year notes, inverted was in 2019 and the following year, the United States entered a recession – albeit one caused by the global pandemic.

Stocks, however, shrugged off the ominous sign earlier this week, with the S&P 500 closing up 1.2% on the day the curve inverted momentarily.

“I am not dismissing that a recession is possible. However, if we look at the fundamentals of the high-yield (bond) market and at the savings that the consumer – especially in the U.S. – has socked away … we don’t see a recession in the near-term,” said Monaghan.

The portfolio manager cited low default rates on junk bonds and signs that investors were staying put despite the risks for his optimism.

Aided by the pandemic, U.S. household wealth rose to a record $150.3 trillion in the final quarter of last year, a financial cushion that may keep consumers spending and limit the economic damage from Russia’s invasion of Ukraine.

She also likes investment-grade company debt relative to rates, given widening spreads over Treasuries, and is cautious on longer-dated U.S. bonds until inflation expectations are clearer.

“Arguably we would not be experiencing the same flatness of the curve without quantitative easing,” said Browne, adding that the “real” or inflation-adjusted yield curve was a better indicator of growth risks.