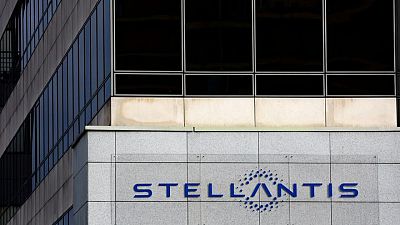 TURIN -A Stellantis van plant in Russia will have to close shortly as it is running out of parts, the company’s chief executive Carlos Tavares said on Thursday.

The world’s fourth largest carmaker has previously said it had suspended all exports and imports of vehicles with Russia, where it operates a van-making plant in the city of Kaluga, in partnership with Mitsubishi.

Production in Kaluga remains for the local market at the moment, following last month’s Russian invasion of Ukraine.

Speaking at a news conference, Tavares did not say whether the company was considering a writedown of the value of Kaluga or feared it could be seized by Moscow if operations halted.

Stellantis earlier this month presented its first business plan, just over a year after it was formed through the merger of Fiat Chrysler and Peugeot maker PSA.

Tavares said the group’s focus was on executing the plan and it was not looking at major M&A deals.

“We always look at what is in the market, but don’t need M&A, this is very clear,” he said.

Addressing a supply crisis that has hurt the car industry, Tavares said Stellantis expected to be able to source computer chips from Europe and the United States within 3-4 years.

“We will have to find another way to adapt the supply chain, we have several initiatives to create local sourcing of semiconductors,” added Tavares, the head of a company whose brands include Jeep, Maserati, Citroen and Opel.

Tavares said the technology underpinning the shift to electric mobility was not yet finalised, making it hard for automakers to plan and secure future supplies of raw materials.

“We’re moving down the supply chain, we have sealed a deal to secure lithium for instance, but we need to do more,” he said. “What the ending point is for the chemistry of battery cells is not yet clear. When technology is rather definitive, we’ll be able to lock raw material supply through investments, deals, M&A.”

Tavares said carmakers needed to cut the costs of electric vehicles over the next 4-5 years and called on governments to help with the effort.