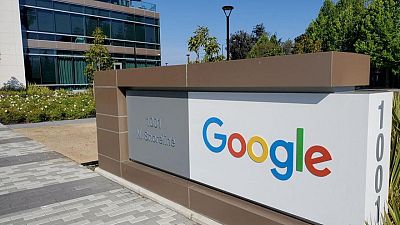 -Russia’s communications regulator on Tuesday said it had drawn up two administrative cases against Alphabet Inc’s Google for failing to remove banned information from its YouTube video-sharing platform, accusing it of blatantly promoting false content.

Roskomnadzor said Google could be fined up to 8 million roubles ($91,533), or as much as 20% of the company’s annual revenue in Russia for repeat offences.

It said YouTube had become one of the key platforms in the “information war” against Russia.

Google did not immediately respond to an emailed request for comment.

Russia has restricted access to Twitter and Meta Platforms’ flagship Facebook and Instagram services since sending troops into Ukraine on Feb. 24, as a simmering dispute with U.S. technology giants has escalated into a battle to control information flows.

YouTube, which has blocked Russian state-funded media globally, is under heavy pressure from Moscow, which earlier this month accused it of spreading what it called threats against Russian citizens.

“The American platform openly enables the spread of false content, containing inaccurate publicly significant information about the course of the special military operation in Ukraine, discrediting the armed forces of the Russian Federation, as well as information of an extremist nature with calls for violence against Russian servicemen,” Roskomnadzor said.

Russia last week said Meta was guilty of “extremist activity”, something the company’s lawyer denied in a Moscow court.

Russia launched what it calls a special operation in Ukraine to degrade its neighbour’s military capabilities and root out people it called dangerous nationalists.

Ukrainian forces have mounted stiff resistance and the West has imposed sweeping sanctions on Russia in response.