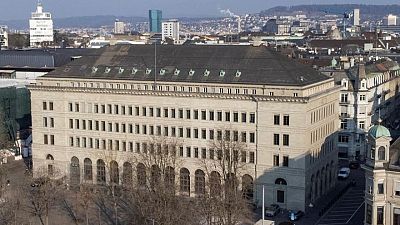 ZURICH – The Swiss National Bank will take “all necessary measures” to tackle higher prices in Switzerland, SNB Chairman Thomas Jordan said on Thursday, indicating a shift in tone at the central bank that for years has battled to tame the strong Swiss franc.

The SNB doubled its inflation forecast for this year, citing higher energy costs, production bottlenecks and the Ukraine war.

It now sees 2022 inflation at 2.1%, lower than in many countries but still exceeding its target for limiting annual price increases to 0-2%.

Unlike the U.S. Federal Reserve and the Bank of England, the SNB held off hiking interest rates, sticking with the world’s lowest interest rate of minus 0.75% as expected.

“We are not at all powerless, we look at these inflation forecasts and we will take all necessary measures in order to maintain price stability over the medium to long term,” Jordan told journalists.

The SNB steers monetary conditions via the franc’s exchange rate and interest rates, and would adjust tools if necessary, he added.

The franc strengthened versus the euro after the SNB‘s announcement, with the EUR/CHF exchange rate reaching 1.0213 at one point, its highest valuation since March 14.

“We are in the business of that for a very long time and if necessary we have to adjust those monetary conditions so inflation remains or returns to the range of price stability.

“We also have to look we do not fall into a situation where we have the opposite problem where inflation becomes too low.”

The franc strengthened as the market interpreted the SNB‘s comments to mean the bank could cope with the currency’s current strength, indicating it may intervene less in future to weaken the currency.

“Jordan’s comments … carry a hint of hawkishness and seems to me to be preparing the grounds for days when the SNB no longer maintains the status quo as a matter of course,” said David Oxley at Capital Economics.

“The end of its prolonged period of policy stasis is drawing closer.”

With the SNB forecasting inflation of 0.9% in both 2023 and 2024, the central bank also had to prevent the country falling into deflation, said Karsten Junius, an economist at J.Safra Sarasin.

“The SNB has to monitor risks to its definition of price stability on both sides,” Junius said. “It therefore has to indicate that it stands ready to adjust its policy in both directions.”

While keeping policy unchanged, the SNB retained its description of the franc as “highly valued”, despite the currency recently hitting its highest level against the euro in seven years.

Jordan said the SNB did not have a particular “pain threshold” for the franc’s valuation, which was being driven by higher inflation abroad as well as the franc’s safe-haven status.

Many analysts expect the SNB to wait for the European Central Bank to raise rates before starting its own round of hikes, although Jordan stressed Switzerland’s independence.

“We never wait for another central bank, we make monetary policy with the goal of maintaining price stability,” he said.