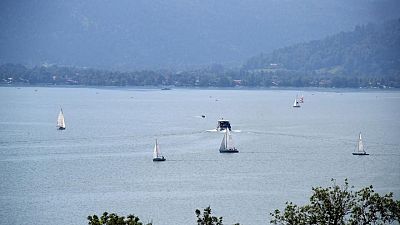 FRANKFURT – A German politician who mobilized a protest against a now-sanctioned Russian resident of his resort town has attracted a following, but also angry emails and a threatening phone call.

This mirrors Germany’s ambivalence to becoming a sanctuary for wealth in a culture that cherishes privacy but that critics say has allowed the mega-rich to squirrel away assets in secrecy.

And while Britain, France, Italy and Spain have seized yachts and other property since Russia’s invasion of Ukraine and the subsequent imposition of sanctions on influential Russians, Germany appears to have sat on its hands.

“For years, Germany has been a magnet for dirty money from all over the world. For too long, we did not look closely enough, and now we are suffering the consequences,” Lisa Paus, a member of Germany’s parliament, said.

A government task force to enforce sanctions is just getting off the ground.

Germany’s uneasy relationship with oligarchs has shone an uncomfortable spotlight on the Bavarian lakeside community around Tegernsee, where locals and officials say at least three homes belong to Uzbekistan-born businessman Alisher Usmanov.

Usmanov, who has interests in mining and telecommunications and a net worth that Britain estimates at more than $18 billion, was described by the European Union as a “pro-Kremlin oligarch with particularly close ties to Russian President Vladimir Putin” when it imposed sanctions on him.

His holding company USM, whose website describes Usmanov as an entrepreneur, investor and “one of the world’s most generous philanthropists”, did not respond to requests for comment. Two other companies he owns did not respond.

Thomas Tomaschek, a member of the council of Rottach-Egern on Tegernsee’s southern tip, this month called a demonstration to say Usmanov was no longer welcome, even though restaurants, carpenters and hoteliers had profited from his presence.

The event attracted 300 people, representing prominent members of all parties in a town of 5,000, but also a backlash.

Tomaschek says he received an email saying “shame on you” for demonstrating “against a Russian who clearly lives as a private person in Rottach-Egern”. Another wrote: “Should anyone who has shaken Putin’s hand be deprived of assets in Germany?”

A caller screamed “Nazi pig” down the phone, prompting him to file a complaint and to remove an axe for chopping wood from his doorstep in case someone violent appeared. The local police confirmed it was investigating.

Mathis Lohaus, a researcher at Freie Universitaet Berlin who focuses on corruption, is outraged that no one had seized a superyacht that the United States says is owned by Usmanov and has been berthed in the port of Hamburg.

Lohaus said he took to Twitter to express his frustration when Germany failed to seize the ship, which has an indoor pool, two helipads and is valued at more than $600 million.

“The whole history of Germany over the last few years has been one of unenthusiastic enforcement,” Lohaus said.

There has been no confiscation of the yacht, a spokesperson for Hamburg’s economics ministry said last week.

“Germany offers them all a safe haven for their dirty money. This has to stop now!” the Finanzwende petition reads. The finance ministry said in an emailed response to Reuters that it has been working on measures to clamp down.

Part of Germany’s problem with enforcement has been bureaucracy, with responsibility spread across ministries.

In an effort to address this, Germany last week said that it was forming a task force to oversee the implementation of sanctions across its finance, economy and interior ministries, as well as customs and police.

There are cultural and historical factors at play too.

Hartmut Baeumer, a former judge and now chair of Transparency International Germany, said Germans are risk-averse when it comes to confronting legal issues, while a belief in strong protection of an individual’s rights runs deep.

“We Germans are still working through the consequences of the Nazi era. The pendulum has swung very far in the direction of privacy and individual freedoms,” Baeumer said.

German and international elites have long sought refuge in the rolling hills around Tegernsee, which sits between Munich and the Alps, and Rottach-Egern markets itself as home to Europe’s first beauty farm and “first-class and elegant” hotels.

Last week the average price of homes in Rottach-Egern on a popular real-estate portal was more than 4 million euros, while the average taxpayer in the surrounding county pays 66% more income tax than those in the rest of Germany.

“Tegernsee is a billionaires’ place,” one prominent local businessman said on condition of anonymity.

Gerhard Hofmann, Rottach-Egern’s city manager, said he had never witnessed such uproar in his native town.

Usmanov “just wanted to have his peace”, Hofmann said, adding that the oligarch had helped the local economy by employing local architects and companies.