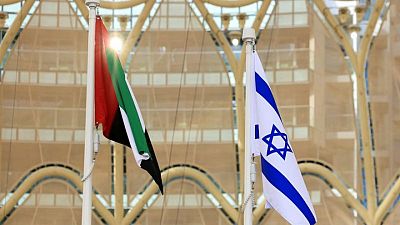 JERUSALEM – OurCrowd, one of Israel’s largest venture firms, plans to open an artificial intelligence-based research and development centre in Abu Dhabi by early June that will help with investment decision making, a company official said.

The Global AI Innovation Centre will employ about 50 engineers and OurCrowd will be the first client, although the service will be open to anyone, said Sabah al-Binali, a partner at OurCrowd, in an interview with Reuters on his first ever visit to Israel.

He said OurCrowd was investing a “massive” amount in the project, which aims to analyse huge amounts of data, without giving figures.

“Trying to build AI internally is very expensive but we believe we can almost modularise and make it almost like a utility where you can just use it as a service,” said al-Binali, head of OurCrowd Arabia and comparing the plan to Amazon’s Web Service.

OurCrowd in November received a licence to operate in the United Arab Emirates (UAE), which followed a normalisation of relations between Israel and the UAE in 2020.

At the outset of the agreement, there was a belief Emirati funds would flock to Israeli tech firms, with officials hoping for economic activity reaching $1 trillion in the next decade.

But Emirati investments in Israel have been slower than expected, partly due to the COVID-19 pandemic that closed Israel’s borders to foreigners and cultural reasons. Six Israeli firms in OurCrowd’s portfolio are now operating in the UAE.

“There’s been a frustration for many on the Israeli side. They are not used to taking account that the way Emiratis do business is different,” al-Binali said.

Once Emirati investors are able to come to Israel and see companies in person, investments will come, he said, especially since the UAE sees itself as a gateway to southeast Asia.

“If we remain stuck in ‘Israel is all about VC and the UAE is all about funding’, we are going to miss a lot of opportunities,” said al-Binali.