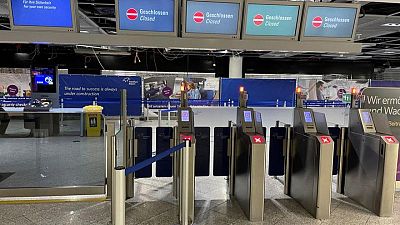 BERLIN – Security staff at several German airports will stage another one-day strike on Tuesday after four rounds of talks to increase wages failed to result in an agreement, trade union Verdi said.

Airlines, which are reeling from soaring fuel prices and airspace closures due to the war in Ukraine, had to cancel hundreds of flights to and from German airports amid security worker strikes last Monday and Tuesday.

“We did make progress in aligning regional wages,” Verdi negotiator Wolfgang Pieper said in a statement on Monday.

“But when it came to wage increases, the employers’ offers fell far short of what the employees demanded.”

The union is demanding that employers raise the wages of the around 25,000 airport security employees in Germany by at least 1 euro an hour for the next 12 months and that staff in different parts of the country earn the same.

BDLS, the association of aviation safety companies, has said that all of Verdi’s demands combined amounted to pay increases of up to 40% and were “utopian.”

A next round of wage talks has been scheduled for Thursday, Verdi said.