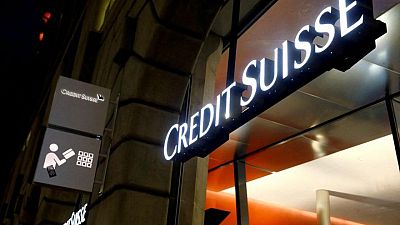 ZURICH -Credit Suisse shook up its board on Monday, including the departure of its influential vice chair Severin Schwan, as it attempts to draw a line under a series of damaging scandals.

Switzerland’s second largest bank said that Schwan, 54, who was its lead independent director as well as chief executive of Roche, would not stand for re-election to the board of directors at Credit Suisse’s annual general meeting on April 29.

Schwan faced criticism for leading the Swiss pharmaceuticals firm while at the same time acting as vice chair of Credit Suisse, a demanding position as the bank grappled with several risk-management scandals which hit its share price.

Another two of the 13 members of the Credit Suisse board, Kai S. Nargolwala and Juan Colombas, will also not stand for re-election, the bank said in a statement.

The Zurich-based bank said it had nominated Christian Gellerstad to succeed Schwan, who joined the board in 2014 and has been vice chair and lead independent director since 2017.

Schwan was also a member of the governance and nominations committee which picked Antonio Horta-Osorio as chairman. Horta-Osorio left in January less than nine months into the job after a probe into breaches of COVID-19 rules.

Credit Suisse has been hit by scandals and losses, notably from the collapse of U.S. family office Archegos Capital Management and British financier Greensill Capital.

Investor representative group Actares said it was pleased that Schwan was going in the wake of the chairman fiasco and the scandals which occurred during the time he was on the board.

The bank said it had nominated Mirko Bianchi, who served as chief financial officer at UniCredit, Keyu Jin, a professor of economics at the London School of Economics, and Amanda Norton, who most recently served at Wells Fargo as group chief risk officer, for election as non-executive members.

Axel Lehmann, who took over as chairman after Horta-Osorio’s abrupt departure, thanked the outgoing board members, saying Schwan and Nargolwala had “helped steer the company through some challenging periods”.