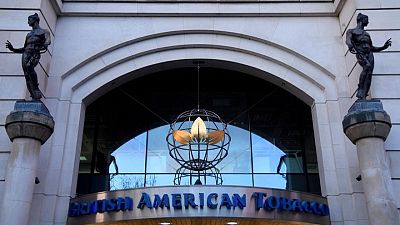 LONDON -British American Tobacco Plc is in advanced talks to transfer its Russian business to Russia’s SNS Group of Companies, its distributor, SNS said, after Moscow suggested it could nationalise assets of foreign firms that left the country.

Many international firms with investments or operations in Russia have withdrawn since Moscow launched its invasion of Ukraine on Feb. 24 and the West imposed sweeping sanctions.

BAT, which makes Pall Mall and Rothman’s cigarettes, controls just under 25% of the Russian tobacco market.

“The process of transferring the management of BAT business in Russia to SNS GC is well under way at remarkable speed,” an SNS spokesperson told Reuters, adding that the handover details were being negotiated.

BAT said last week it was looking for parties interested in the transfer of its Russia business.

Chief Marketing Officer Kingsley Wheaton had said then that BAT‘s distributor could be interested in a transfer, adding that exiting the business or stopping sales or manufacturing would be seen as a criminal bankruptcy by Russia with legal consequences.

The SNS spokesperson said the level of production and the supply and distribution chain would be maintained with a transfer.

It was not immediately clear whether BAT would pull out completely, or whether it would still supply SNS with raw materials or manufacturing support.

SNS began working with BAT as a distributor in 1993, according to the SNS website.

A tobacco industry expert said the move by BAT had surprised those working with the company in Russia.