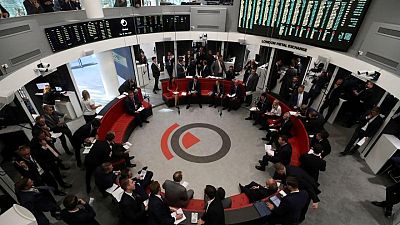 LONDON -The London Metal Exchange (LME) again widened its trading band for nickel on Friday, but for a third session in a row it hit limit down, sliding 12% as the LME faced more technical problems.

The metal used to make stainless steel and electric vehicle batteries fell to $36,915 a tonne when it opened.

Volumes were scant all day, with only 106 lots traded by 1745 GMT. Few buyers were willing to pay the current price, which remains well above the price on the Shanghai Futures Exchange, traders said.

It resumed trading on March 16 with an adjusted starting price of under $48,000 and a limited trading range of 5% either side.

Since then the LME has steadily ratcheted up the limit, which will rise to 15% on Monday.

The exchange’s electronic system LMEselect has been hit by technical glitches since it has reopened with some traders unable to enter nickel orders ahead of the open at 0800 GMT.

An industry source said a few electronic trades slipped below the price limit on Friday, which will be cancelled, but it did not cause the LME to stop trading as it did on Wednesday and Thursday.

For the third day running, the LME said there would be no official settlement price for nickel, which is usually set in open-outcry floor trading around midday.

The exchange has said it will not publish settlement prices when nickel falls to its lower limit.

The physical market, which is made up of end-users and producers, use LME settlement prices as a reference for their contracts to buy and sell nickel.

The disorderly LME market has left some traders questioning whether participants might look for alternative venues.

The rapid rise in prices caught out some large players who were betting on a decline in nickel prices.

To cut their positions and limit their losses, they bought large amounts of the metal last week, triggering the spike above $100,000 a tonne.