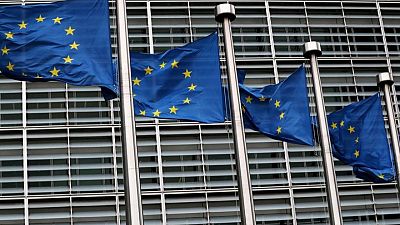 BRUSSELS -A European Union plan to charge fuel suppliers for the CO2 emitted by cars and heating buildings is emerging as the most contentious element in a raft of climate change policies the bloc’s member states are negotiating this year.

EU policymakers proposed the new carbon market for transport and heating in July, as part of plans to meet the EU’s climate change target to cut net emissions 55% by 2030 from 1990 levels.

EU countries are negotiating the package of measures, which Brussels says will both fight climate change and help cut dependence on Russian fossil fuels. Moscow’s invasion of Ukraine has put countries on a mission to quit Russian oil, coal and gas within a few years.

At a meeting of environment ministers from the 27 EU countries on Thursday, countries including Sweden, Denmark, Germany, the Netherlands, Finland and Austria supported the new carbon market.

“Emissions trading at European level is our most efficient tool for mitigating emissions,” Swedish climate minister Annika Strandhall said. “We see we do not see any plausible alternatives.”

Poland and Hungary opposed it, while states including Belgium, Romania, the Czech Republic, Spain, Slovakia and Slovenia raised concerns – all focussed on the potential costs for citizens.

Supporters say the market is needed to slash emissions from transport – which have risen in recent years – and Europe’s energy-guzzling buildings, which if left unchecked could scupper climate change goals.

Sceptics warn it could increase energy bills if fuel suppliers pass on the CO2 costs to consumers. The market would not launch until 2026, but debate around it has intensified in recent months amid soaring energy prices.

“Any further artificial increase in the energy prices are neither necessary nor acceptable,” Hungary’s ambassador Gabor Baranyai said, adding that including home heating in the scheme was a “red line”.

The European Commission has proposed using revenues from the market to support low-income households and invest in energy savings and other measures to curb bills.

A majority of EU countries and the European Parliament must both approve the new climate policies. Politically sensitive proposals may be escalated to EU leaders, who take decisions by unanimity, raising the bar for approval.