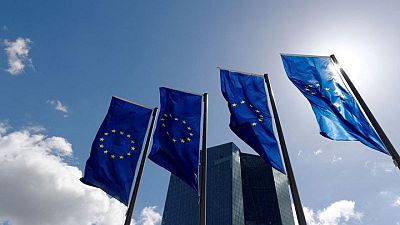 FRANKFURT – Europe’s effort to wean its economy off Russian gas is likely to be a persistent boost to inflation even beyond the current spike, European Central Bank board member Isabel Schnabel said on Thursday.

In the foreseeable future, the conflict is likely to remain a key contributor to inflation, as any marked decline in fossil energy prices seems unlikely, Schnabel said in a speech to a financial conference.

But even beyond the current conflict, prices are likely to rise as the transition creates a huge investment need that is likely to fuel a persistent positive demand shock, which normally generates inflation.

“Such indirect effects of higher energy prices can be a persistent source of upward pressure on underlying inflation,” Schnabel said.

“They are not a one-off price shock that policymakers can simply look through, in particular when pipeline pressures are continuing to build up, like today,” she added.

But Schnabel also played down concerns about the central bank’s powers in acting to temper price growth during such a boom.

But the green transition beyond the current shock is more a classical, demand-driven inflation scenario, and the ECB has the tools to temper that, Schnabel said.

“Greenflation is much more likely to be the result of a strong and persistent positive demand shock, or investment boom, that re-establishes the ‘divine coincidence’ of monetary policy – that is, the ability of central banks to stabilise inflation and output simultaneously,” Schnabel said.