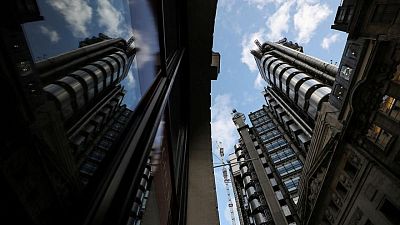 LONDON – Lloyd’s of London has fined syndicate member Atrium Underwriters over one million pounds ($1.31 million) for bullying and harassment, the largest fine it has imposed for misconduct, the commercial insurance market said on Wednesday.

Lloyd’s said in its “notice of censure” that Atrium failed to take adequate steps to deal with an employee’s “systematic campaign of bullying against a junior employee over a number of years” and failed to notify Lloyd’s of the case.

It also said Atrium over a number of years until 2018 allowed a “Boys’ Night Out” during which staff, including two senior executives, “engaged in unprofessional and inappropriate conduct, including initiation games, heavy drinking and making inappropriate and sexualised comments about female colleagues, which were both discriminatory and harassing to female members of staff”.

Two senior managers led some of the conduct, Lloyd’s said.

Christopher Stooke, independent non-executive chairman at Atrium, said the company fully accepted the ruling and recognised it must ensure such behaviour was never allowed to happen again.

Lloyd’s acts as a marketplace for around 100 insurance syndicates, and also has some regulatory powers.

It has previously admitted to issues with sexual harassment and daytime drinking in the market, which employs around 45,000 people, insuring everything from oil rigs to footballers’ legs.

“Discrimination, harassment and bullying have no place at Lloyd’s,” Lloyd’s CEO John Neal said in a statement. “We will not tolerate poor conduct in our market.”