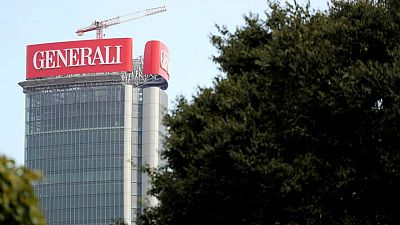 ROME – A leading Generali shareholder on Tuesday proposed naming the Italian insurer’s head of Austria as its new chief executive, in a challenge to the reappointment of Philippe Donnet.

Generali’s outgoing board has put forward Donnet for a third mandate as CEO ahead of a shareholder vote to elect a new board at the end of April.

Unveiling his own slate of nominees for the board, Caltagirone on Tuesday said in a statement he was proposing Luciano Cirina, Generali’s current head of Austria and central and eastern Europe, for the position of chief executive.

“Under his leadership, that area has posted the stronger growth in recent years,” Caltagirone said.

“Hailing from (Generali’s hometown of) Trieste, Cirina has more than 30 years of experience in insurance and is considered by many within the group as the natural successor to the current CEO, enjoying great respect by all staff.”

Under Donnet, Generali has delivered higher total returns for shareholders than rivals such as AXA and Allianz and analysts had said Caltagirone needed a strong name to challenge a CEO who has delivered on targets.

Calatagiorne has a stake of just under 8% in the insurer, according to latest available data. After stepping down from Generali’s board earlier this year he is no longer obligated to disclose his stakebuilding unless he crosses the 10% threshold.

A representative for Del Vecchio has also quit Generali’s board. The two tycoons and a third smaller Generali investor held a combined 16% stake in Generali and had struck a shareholder pact which they have now dissolved to avoid drawing regulatory scrutiny.

To counter their weight at the April AGM, Mediobanca has secured a temporary 17.2% voting stake for the April meeting by borrowing shares to beef up its 12.8% holding.