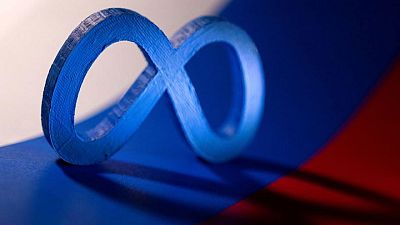 – Facebook owner Meta Platforms said on Sunday that it is further narrowing its content moderation policy for Ukraine to prohibit calls for the death of a head of state, according to an internal company post seen by Reuters.

The move came after Reuters reported last week that Meta was temporarily allowing some posts on Facebook and Instagram calling for the death of Russian President Vladimir Putin or Belarusian President Alexander Lukashenko.

After the Reuters report, Meta said on Friday that a temporary change in its content policy, only applicable for Ukraine, was needed to let users voice opposition to Russia’s attack. On the same day, Russia opened a criminal case against the social media firm.

“We are now narrowing the focus to make it explicitly clear in the guidance that it is never to be interpreted as condoning violence against Russians in general,” Meta global affairs President Nick Clegg wrote in a post on the company’s internal platform on Sunday that was seen by Reuters.

“We also do not permit calls to assassinate a head of state…So, in order to remove any ambiguity about our stance, we are further narrowing our guidance to make explicit that we are not allowing calls for the death of a head of state on our platforms,” Clegg said.

Meta did not immediately respond to a request for comment, outside regular business hours.

“These are difficult decisions. Circumstances in Ukraine are fast moving. We try to think through all the consequences, and we keep our guidance under constant review because the context is always evolving,” Clegg said.

There would be no change to policies on hate speech as far as the Russian people are concerned, he said.

“Meta stands against Russophobia. We have no tolerance for calls for genocide, ethnic cleansing, or any kind of discrimination, harassment, or violence towards Russians on our platform,” he added.

Clegg wrote that Meta plans to refer the way in which it adapted the guidance it provides to content moderators to the independent oversight board, which was set up to help the platform answer some of the most difficult questions around freedom of expression.