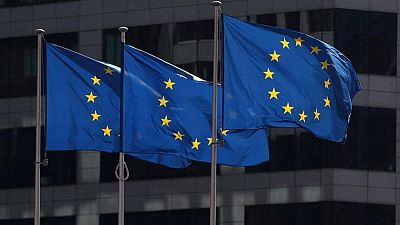 BRUSSELS – Euro zone finance ministers agreed on Monday to tighten fiscal policy a little next year after three years of pumping billions into the economy due to the coronavirus pandemic, but also to be ready with more cash should the war in Ukraine make it necessary.

“The fundamentals of the euro area economy are strong,” the ministers from the 19 countries sharing the euro said in a statement after regular talks.

“However, the uncertainty has increased significantly. The economic impact of Russia’s war against Ukraine is yet to be determined and adds to risks stemming from ongoing supply chain problems, higher energy prices and inflation remaining elevated for longer than previously expected,” the ministers said.

The Commission, the EU’s executive, recommended on March 2 that EU governments should move to a neutral fiscal stance next year from a supportive stance now as the economy is growing and EU countries have large debts as a result of the pandemic.

But it also said governments should be ready to quickly move back to supporting the economy with public money depending on what challenges Russia’s invasion of Ukraine brings.

“We support the Commission’s view that… transitioning from an aggregate supportive fiscal stance in the euro area to a broadly neutral aggregate fiscal stance next year appears to be appropriate while standing ready to react to the evolving economic situation, also in view of the high level of uncertainty,” the ministers said in the statement.

A potential quick policy change will be made easier by the fact that EU government borrowing limits, first suspended in 2020 to help fight the pandemic, are likely to stay suspended in 2023 because of the uncertainty brought by war.

Still, the ministers agreed that high debt countries like Italy or Greece should focus on cutting debt, while low debt ones focus more on investment.

The European Central Bank forecast last week that euro zone growth will be 0.5 percentage points slower this year than previously expected because of the war in Ukraine, but still come in at 3.7%, and at 2.8% in 2023.

Inflation, however, is set to average 5.1% in 2022, well above the bank’s target of 2.0%, falling to 2.1% in 2023, the ECB forecast. The Commission will publish its own updated economic growth forecasts for the euro zone in May.