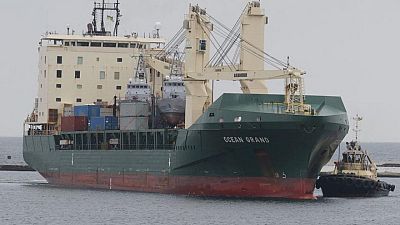 LONDON – London’s marine insurance market has widened the area of waters around the Black Sea and Sea of Azov that it deems high risk as Russia’s invasion of Ukraine intensifies and perils to merchant shipping grow.

The insurance industry’s Joint War Committee (JWC) said in an advisory dated March 7 that the high-risk area had been widened to waters close to Romania and Georgia after initially adding Russian and Ukrainian waters in the Black Sea and Sea of Azov on Feb. 15.

At least five commercial ships have been hit by projectiles since Feb. 24, including one vessel that sank and another on which a seafarer was killed by a missile that struck the ship.

The new high-risk areas also extend to various inland waters and sections of the high seas, underscoring the increasing dangers.

“There is clearly a growing nervousness around the region in the insurance market, especially in relation to the Black Sea,” said Marcus Baker at insurance broker and risk adviser Marsh.

“Any future amendments to these areas will very much depend upon a further escalation of activity in the region.”

Insurance premiums for voyages in the region have soared since Russia’s invasion on Feb. 24, an action Moscow calls a “special operation”.

Many shipping companies have suspended sailings to affected ports and the United Nations’ shipping agency will convene a special meeting this week to discuss the worsening situation.

Guidance from the JWC is watched closely and influences underwriters’ considerations over insurance premiums.

The JWC advisory pointed to three ships that had been hit around the Ukrainian port of Odessa, adding that the situation is “dynamic” and being monitored closely.

The listed areas will be readjusted if the JWC believes it appropriate, the guidance said.

The JWC normally meets every quarter to review areas it considers high risk for merchant vessels and prone to war, piracy, terrorism and related perils. It had previously met in February before Russia’s invasion.

Niels Rasmussen, chief shipping analyst at trade association BIMCO, said there was a higher risk of Black Sea export disruption owing to shipping companies’ reluctance to service the area and because of increasing freight costs.

“Of particular concern to global supply is the export of wheat and maize, which is mainly loaded in the Black Sea (region).”