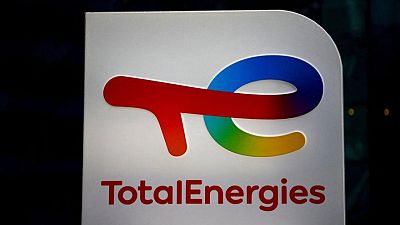 HOUSTON -Russia’s invasion of Ukraine is a “big wake up call” for European governments hoping to balance the need for fossil fuels with environmental concerns, the head of French energy giant TotalEnergies said on Monday.

Europe depends on Russian natural gas, which supplies around 40% of its needs. On Monday, benchmark gas prices shot to their highest on record, as traders worried Russia could curtail supplies.

“What is happening today in Europe is a big wake up call to a lot of policy makers if they are serious about security of supply, affordability and of course climate change compatibility,” TotalEnergies Chief Executive Patrick Pouyanne said at the CERAWeek energy conference in Houston.

“We must think about the three parts of this triangle and not think that only one part is important.”

Europe aims to sharply reduce its reliance on fossil fuels in the coming decades to battle climate change, with governments restricting oil and gas production and financing of fossil fuel projects.

Pouyanne said Europe needs to build more infrastructure to import additional LNG if it wants an alternative to Russian gas.

“The reality in Europe is that we don’t have enough re-gas terminals today to replace the volume of piped gas from Russia by LNG.”

TotalEnergies is the only major Western energy company that does not plan to fully exit Russia; BP, Shell and Exxon all announced their intentions to withdraw. TotalEnergies has said it will halt all new spending in Russia.

The French oil major holds a 19.4% stake in Novatek, Russia’s largest producer of liquefied natural gas (LNG), as well as a stake in the Novatek-led Arctic LNG project.

“I had discussions obviously with the highest authority in my country and there is no push from them for us to exit Russia,” Pouyanne told a gathering of energy executives.

Pouyanne said that Western sanctions on Russia exclude natural gas and that it would therefore be inconsistent for companies that produce the gas to exit the country.

TotalEnergies nevertheless has stopped buying oil from Russia, Pouyanne added, although one its landlocked refineries in Germany continues to receive Russian crude by pipeline.