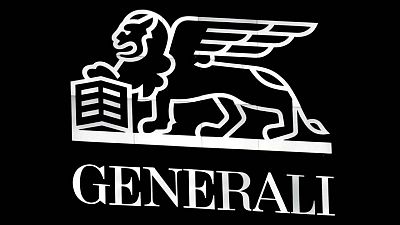 MILAN – Leading Italian insurer Generali said on Thursday it was pulling out of Russia after Moscow’s invasion of Ukraine, while Intesa Sanpaolo, Italy’s biggest bank, is reviewing its presence there.

Generali said that it would be closing its Moscow office and would wind down its Europ Assistance business in Russia, confirming an earlier source-based Reuters report.

Intesa Sanpaolo, Italy’s biggest bank, is conducting a strategic review of its presence in Russia, while helping staff in Ukraine leave the country, a spokesperson said.

Earlier, Societe Generale warned of the possibility that Russia could strip the bank of its local operations, in one of the starkest warnings yet from a Western company about the potential impact of the Ukraine crisis.

The French bank, whose $20 billion exposure to Russia is one of the largest among foreign lenders, said it was working to reduce risks in the country.

Generali said in a statement that it will also give up its seats on the board of Ingosstrakh, one of Russia’s largest insurers in which it holds a 38.5% stake.

“There are no immediate plans to sell the stake in the short term but the group is assessing its options,” a source close to the matter told Reuters of the Generali move.

Europe’s No 3 insurer said its exposure to the Russian market in terms of investments and insurance business was under constant evaluation. The moves come as Western countries seek to distance themselves from Russian business after President Vladimir Putin ordered his troops into its neighbour Ukraine.

Intesa has financed major investment projects in Russia, such as the Blue Stream gas pipeline and the sale of a stake in oil producer Rosneft. It handles more than half of all commercial transactions between Italy and Russia.

With 800 staff in Ukraine, Intesa said it was providing assistance to its employees on the ground by offering accommodation in the other countries where it operates.

In central and eastern Europe, Intesa also has subsidiaries in Slovakia, Slovenia, Hungary and the Czech Republic.

“We fully condemn what is happening,” its spokesperson said.

A UniCredit spokesperson declined to comment on whether Italy’s second-biggest bank could take similar action over its business in Russia, where it runs the country’s 14th largest bank with around 4,000 staff.

UniCredit, whose exposure to Russia totals 14 billion euros, could easily absorb a full writeoff of its Russian business given its ample capital reserves.

But that would still leave it with some 6 billion euros in cross-border exposure, including loans to large corporates.