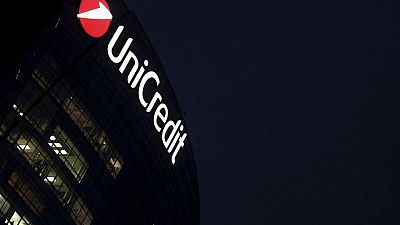 LONDON – UniCredit has paused efforts to buy Banco BPM after losing more than a fifth of its value since Russia invaded Ukraine, two sources close to the matter told Reuters.

Stock in UniCredit, Italy’s second-largest bank, has dropped by more than 20% since Feb. 24, when Ukraine came under attack, with investors worrying about its 14.2 billion euro ($15.7 billion) credit exposure to Russia as of last summer.

Only a fortnight ago the Milan-listed lender and boss Andrea Orcel were working on a plan to take control of Banco BPM in an all-share deal worth about 7 billion euros, the sources said on condition of anonymity because the matter is confidential.

A strong share price was critical to pulling off the deal to combine the second and third-largest Italian banks, with Banco BPM commanding a premium of at least 40%, one of the sources said.

While Banco BPM stock has also been knocked by the conflict in Ukraine, losing almost 15% since the invasion started, the bank has no exposure to Russia.

“The deal is on hold. UniCredit needs to wait for its stock to recover and for the geopolitical environment to stabilise.”

For UniCredit, a combination with Banco BPM is key to boosting its market share in Italy, where Intesa Sanpaolo ranks as the biggest bank with deep market penetration in Italy’s wealthy northern regions.

UniCredit has been actively working on a possible takeover of Banco BPM since Orcel came on board last April, with plans to return cash to shareholders aimed at propping up the bank’s share price and gaining a stronger acquisition currency, one of the sources said

It came close to launching an offer in late February after first sounding out both European Central Bank regulators and Italian authorities in an effort to garner their support, two separate sources said.

However, discussions to finalise the plan ground to a halt on Feb. 24 owing to the market turmoil that followed Russia’s invasion of Ukraine and Western sanctions, the sources said.

A full write-off of UniCredit’s Russian business would cost the Italian bank more than 1 billion euros and shave 35 basis points off its best-quality capital ratio, two more sources said. Such an extreme move would still leave UniCredit with 6 billion euros in cross-border exposure.

In an attempt to reassure investors, UniCredit said on Feb. 24 that provisions against losses covered 84% of its Russian arm’s non-performing exposures and that Russia accounted for only 3% of group revenue.