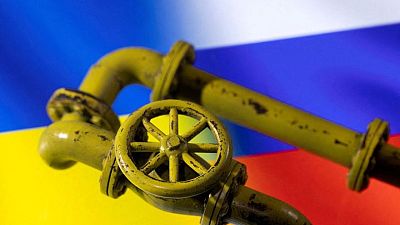 By Dmitry Zhdannikov and Julia Payne

The United States and the European Union have imposed harsh sanctions on Russia for the invasion of Ukraine but so far have refrained from direct measures on Russian energy exports after oil and gas prices have soared to multi-year highs.

the White House spokeswoman saying Washington was “very open” to imposing sanctions but a White House adviser saying the Biden administration didn’t want to do it.

China’s banking regulator said the country will not join in sanctions on Russia.

Many Western buyers though have already refrained from buying Russian oil as they await sanction clarifications.

As a result, some 7 million barrels per day of Russian oil and products exports and an additional 1.2 million bpd of Kazakhstan’s exports via Russia – amounting to a combined 8% of global supply – have been disrupted in recent days.

Canada said it would shut ports to Russian-owned ships and oil tanker company Frontline said it was unlikely to transport Russian crude.

One of the top Russian oil firms, Surgutneftegaz, failed to find buyers for nine tankers with 6.5 million barrels of crude, traders said.

The ship-owners of two crude oil tankers due to load Russian and Kazakh oil from the Black Sea cancelled the shipments, traders said.

Inside Russia, the independent Novoshakhtinsk refinery suspended operations due to falling demand for Russian oil products.

Trading house Trafigura said it would freeze investments in Russia and was reviewing its share in the Vostok Oil joint project with Rosneft.