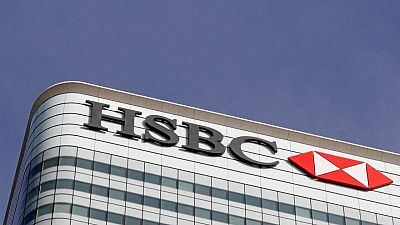 By Carolyn Cohn and Saeed Azhar

LONDON – British bank HSBC is beginning to wind down relations with a host of Russian banks including the second-largest, VTB, according to a memo seen by Reuters, as financial institutions start to implement restrictions on Russia.

The advisory notice from HSBC, one of the world’s largest banks, tells staff how they should apply the new global sanctions on Russia.

Headed “action required” and dated Feb 27, it highlights the fact that the UK Office of Financial Sanctions had authorised “the wind down of certain transactions involving VTB Bank and certain UK subsidiaries”.

HSBC has little direct exposure in Russia, with its Chief Financial Officer telling reporters last Tuesday it has around 200 employees and annual revenues of $15 million there, a fraction of its global income of $50 billion.

As the world’s leading trade finance bank and Europe’s second-largest lender, however, HSBC remains a vital cog in the global banking machine and being cut off from its services is a blow for Russia.

The internal notice also sets out other sanctions imposed in recent days by Britain, the European Union and the United States and lists other Russian companies subject to the sanctions, including development bank VEB.

In an indication of the far-reaching nature of the restrictions, HSBC points out that under U.S. sanctions, an entity that is 50% owned or more, directly or indirectly, by one or more blocked persons is itself also considered blocked, whether or not it is on the sanctions list.

Britain said on Monday it was taking further measures against Russia in concert with the U.S. and the EU, including banning any British entities from undertaking transactions with the Russian central bank, finance ministry and wealth fund.