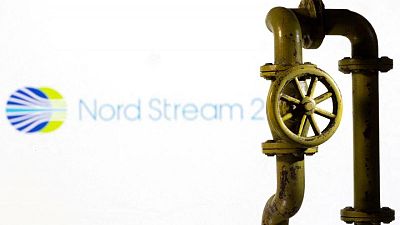 By Vera Eckert and Kate Abnett

Nord Stream 2 is technically ready for launch but needs regulatory approval. Scholz said on Tuesday the pipeline could not be certified at the moment after Russia formally recognised two breakaway regions in eastern Ukraine.

The project is intended to double the amount of gas flowing from Russia to Germany under the Baltic sea, bypassing traditional transit routes in Ukraine.

A suspension of the project would mean a chunk of Germany’s expected future gas imports would not arrive, unless Russia instead stepped up its exports via a pipeline running from Yamal in Russia to Poland, or Ukraine, which looks unlikely at present in the face of escalating geopolitical tensions.

Here’s the current state of play in Germany’s gas sector.

Germany has 24 bcm of underground caverns of gas storage. A fifth of that is represented by Rehden, a unit owned by storage company Astora which is in turn owned by Russian company Gazprom. As such, total storage capacity could meet a quarter of Germany’s annual gas usage.

Germany, Europe’s largest economy, imports most of the gas it consumes. Domestic gas production peaked in the 1990s and now covers only 5% of annual consumption.

The chief executive of German utility Uniper last month pegged Russia’s share of Germany’s gas supply at half, although this can fluctuate from month to month.

ICIS analysis data for German supply showed that in Dec. 2021 Russian pipeline gas accounted for 32%, Norwegian gas 20% and Dutch 12%, with storage 22% and the rest from other smaller sources including domestic production.

“Russia in its (gas supplier) role cannot be replaced during the next few years,” Maubach said.

Gas burning accounted for 15.3% of German electricity generation last year, according to BDEW.

Losing a large chunk of gas imports – from whatever source – could require a short-term increase in coal-fired generation at home or imports of power from neighbours to fill the gap.

The situation is more acute in home heating, where gas keeps half of Germany’s 41.5 million households warm, and in manufacturing industries where sectors such as ceramics cannot produce without the fuel.

Germany and Russia have had a strong energy supply partnership for decades. It was struck during the Cold War and remained strong despite ups and downs in bilateral relations.

Germany does not need only gas from Russia. BAFA showed that 34% of Germany’s crude oil came from Russia in January-October 2021 and coal group VDKi said 53% of hard coal received by German power generators and steelmakers came from Russia last year.

Eventually it should, to comply with Germany’s pledges to reduce greenhouse gas emissions. Heating with gas will be phased out long-term in favour of heat pumps and other alternatives.

But in power generation, gas use is expected to rise for a transition period under plans to phase out coal and nuclear energy.

Future consumption will depend on the speed of Germany’s renewable energy roll-out and whether low-emission hydrogen produced from renewable sources such as wind and solar can be harnessed to replace fossil gas.

The International Energy Agency has said countries’ climate pledges would cut European gas demand to 504 bcm in 2030 from 596 bcm in 2020 although, going by governments’ “stated policies”, it would decrease only marginally to 587 bcm. The IEA has no breakdown for individual countries.

Europe’s liquefied natural gas (LNG) imports hit a record high of nearly 11 bcm in January, with nearly half coming from the United States.

In Europe, LNG is received in Britain, along the northwestern European coast and in the Mediterranean – a still young and growing industry. Germany does not have domestic LNG infrastructure, but the Dutch Gate landing terminal with 12 bcm handling capacity supplies western German customers.

Europe competes with Asian buyers to secure cargoes in global LNG markets, where swings in demand can cause volatile and high prices.

As for pipeline gas, European utilities have rolling purchasing agreements with Russia for up to 30 years at a time with take-or-pay options and linked to agreed-upon benchmarks such as oil or spot prices at virtual European gas trading hubs.

Knowledge of when which contracts are renewed and at what terms is up to counterparties to publish, and transparency can be minimal.