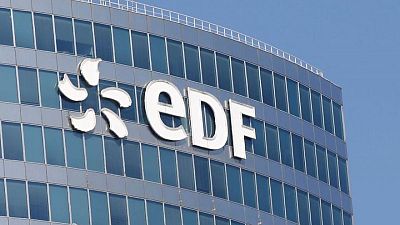 PARIS – EDF expects a planned state capital increase to occur in the coming weeks, the head of the French state-controlled utility said on Tuesday.

Last week, the government said it would inject around 2.1 billion euros ($2.4 billion) into EDF to ease the financial pain inflicted by nuclear reactors going offline, of which 12 are currently halted, and the government making the firm supply power below market prices.

“We need considerable investments which are above our margins, thus our debt deepens and sometimes there’s a need to rebalance debt and funds,” EDF’s Chairman and CEO Jean-Bernard Levy told France Info radio, referring to the planned capital increase, which he said “will take place in coming weeks”.

Levy also said the company would not exclude inviting foreign sovereign funds into its investment programmes.

“There are people with a lot of savings, for example sovereign funds … and if people say they want to put their money into a long-term investment with good visibility on profitability, why not welcome them in,” he said.

It also said EDF’s earnings were being increasingly exposed to volatile wholesale electricity prices and “detrimental political intervention to protect end-customers in a context of elevated power prices”.

EDF’s shares were down 1.6% by 0815 GMT, in a largely weaker market over escalating tensions between Russia and Ukraine as President Vladimir Putin ordered the deployment of troops to two breakaway regions in eastern Ukraine “to keep the peace” after recognising them as independent.

Levy added that EDF expects to continue operating its business as planned in Russia, as the country accounts for a relatively small amount of its overall business.