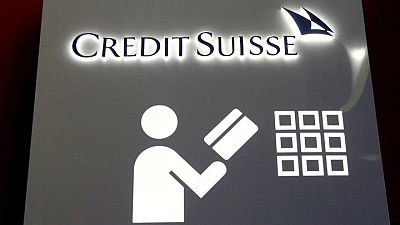 By Michael Shields and Francois Murphy

ZURICH/VIENNA – Credit Suisse was plunged into a dirty money scandal on Monday after media outlets reported the Swiss bank had managed accounts for human rights abusers, fraudsters and businessmen who had been placed under sanctions.

One person leaked information on the accounts, which were held in decades ranging from the 1940s to 2010s, to Germany’s Sueddeutsche Zeitung. The German daily then shared it with the Organized Crime and Corruption Reporting Project and 46 other news organisations including the New York Times, Britain’s Guardian and France’s Le Monde.

The Panama Papers-style investigations were published on Sunday and come as Credit Suisse, which denies any wrongdoing, tries to shake off a series of risk-management scandals and a 1.6 billion Swiss franc ($1.75 billion) loss in 2021 that has pummelled its stock.

The revelations also turned the spotlight on Switzerland only a little more than three years after it ditched, under U.S. pressure, a centuries-old culture of secrecy that had made the Alpine state a global no-questions-asked vault for the world’s rich.

“For CS, even if the allegations are unfounded, this raises questions about its business practices in wealth management and should tie up management having to spend time fighting fires instead of moving forward,” RBC analysts said.

Shares in Credit Suisse, which fell by almost a quarter last year, were almost 3% lower by mid-afternoon.

“Credit Suisse strongly rejects the allegations and insinuations about the bank’s purported business practices,” the bank said in a statement issued on Sunday night in response to the consortium’s reports.

Switzerland’s financial watchdog, the Swiss Financial Market Supervisory Authority (FINMA) which in 2018 rapped Credit Suisse for deficiencies in fighting money laundering, said it was in contact with the bank about the matter.

“Compliance with money laundering regulations has been a focus of our supervisory activities for years now,” a FINMA spokesperson said.

After a call from members of the European Parliament to review Switzerland’s banking practices and perhaps include the country in the EU’s dirty-money blacklist, the finance ministry’s State Secretariat for International Finance said in an emailed statement that the country meets “all international standards on the exchange of information in tax matters and on fighting against money laundering, terrorist financing and corruption”.

It added that Switzerland was now participating in the automatic exchange of information on account data with more than 100 countries.

Credit Suisse described the issue as “predominantly historical”, adding that information had been taken out of context.

The bank said it had received numerous inquiries from the consortium in the past three weeks and reviewed many of the accounts.

“Approximately 90% of the reviewed accounts are today closed or were in the process of closure prior to receipt of the press inquiries, of which over 60% were closed before 2015,” it said.

The bank said that it was satisfied with its checks on the remaining accounts.

“The Swiss financial centre has no interest in money of dubious origin. It attaches the greatest importance to the maintenance of its reputation and integrity,” the Swiss Bankers Association said.