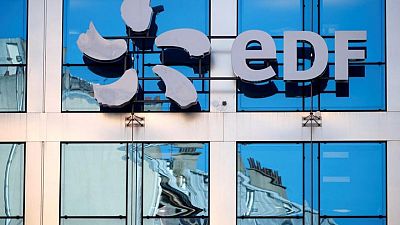 By Benjamin Mallet and Christian Lowe

PARIS -The French state said on Friday it will inject around 2.1 billion euros ($2.39 billion) into EDF to ease the financial pain inflicted by nuclear reactors going offline and the government making the firm supply power below market prices.

Finance Minister Bruno Le Maire said the state capital injection will be made via a rights issue, announced by EDF on Friday, aimed at raising 2.5 billion euros to plug holes in the company’s balance sheet.

EDF said that the combined effect of having to sell power at below-market prices, and the nuclear outages, was likely to knock an estimated 19 billion euros off its forecast core profits in 2022.

EDF shares fell 2% when the Paris stock market opened, extending a slide that has seen the company’s stock drop 19.3% in value since the start of this year.

Le Maire said that by participating in the EDF rights issue, the state was sending a signal to investors. “You can have confidence in EDF,” he said on France’s RTL radio station.

A finance ministry official, speaking on condition of anonymity, said the ministry hoped the capital injection would stave off a potential downgrade in EDF’s debt rating to junk. The rights issue was on a reduced scale in the interests of getting it completed quickly, the official said.

Technical problems at the nuclear plants that generate the bulk of EDF’s power will force it to take a large chunk of its capacity off line for checks and maintenance.

Reporting its financial results on Friday, EDF said the resulting drop in power production is forecast to reduce its 2022 core earnings before interest, tax, depreciation and amortisation (EBITDA) by an estimated 11 billion euros.

EDF managers said having to sell electricity at below-market prices was likely to make a further 8 billion euro dent in its EBITDA.

The rights issue is part of an action plan that would allow EDF to fill gaps in its balance sheet for this year and next, and maintain its debt rating, company executives told reporters on a conference call.

But chief executive Jean-Bernard Levy said that, longer-term, a wider reform of EDF’s structure was needed, and that this would be at the top of the government’s agenda once presidential and parliamentary elections are out of the way later this year.

Higher global energy prices have created windfalls for many power producers, but the French government’s decision that EDF must sell at below market levels means the company is unable to fully benefit.

The government, two months from a presidential election in which President Emmanuel Macron is expected to run, is concerned about mounting public anger over rising energy prices, and so has turned to EDF to help soften the impact.

The finance ministry said on Friday that, besides the rights issue, it would also help the energy group by extending its long-standing policy of taking its dividend in EDF shares instead of cash.

The value of the state’s payout from 2021 profits was 1.5 billion euros, according to Reuters calculations.

Macron announced this month that France will build at least six new nuclear reactors in the decades to come, with EDF given the job of building and operating them.

The burden of managing its capital-intensive nuclear fleet has left EDF lagging behind European peers Iberdrola and Enel in renewable energy.