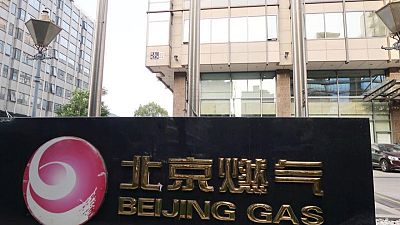 Municipal government-backed Beijing Gas is one of China’s so-called Tier 2 importers behind state energy giants such as PetroChina and CNOOC. The Tier 2 players are expected to lead growth in China’s LNG imports for the coming decade.

Negotiations began in January, with Beijing Gas seeking 1.5 million tonnes a year of the super-chilled fuel, starting in 2023, in what will be the first long-term LNG contract for the state-owned piped gas distributor.

Shell became the first of three suppliers Beijing Gas short-listed around the end of last year, followed by Qatar Petroleum and China’s CNOOC, the source said.

“A deal is expected in the second quarter at the latest,” said the source, who asked not to be named because the discussions are not public.

Pricing of the gas will be indexed to the Brent crude benchmark and likely to be lower than the 12% of Brent rumoured to be under consideration, the source added.

The gas will feed into a new terminal in Tianjin, which is expected to start operating around the end of this year with capacity of 5 million tonnes a year .

The 20 billion yuan ($3.16 billion) terminal, to be connected to Beijing via a 300 km pipeline, is one of the group’s largest investments aimed at providing emergency supplies and storage for the Chinese capital.

Chinese companies have signed up more than 10 million tonnes of annual U.S. LNG supply in recent months, enough to help them to become a major force in global spot trading of LNG.

Beijing Gas has long been the dominant gas supplier to Beijing, which burns about 6% of total Chinese gas consumed.