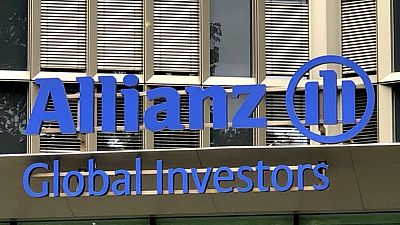 FRANKFURT -German insurer and asset manager Allianz on Thursday said it would set aside 3.7 billion euros ($4.20 billion) to deal with investigations and lawsuits resulting from the collapse of a multi-billion-euro set of investment funds.

The provision resulted in a net loss attributable to shareholders of 292 million euros in the fourth quarter, the company said. Analysts had expected a profit.

Allianz said that the outcome of various investigations and lawsuits “cannot be reliably estimated” and that it “expects to incur additional expenses before these matters are finally resolved”.

The issue centres around Allianz funds that used complex options strategies to generate returns but racked up massive losses when the spread of COVID-19 triggered wild stock market swings in February and March 2020.

Investors in the so-called Structured Alpha set of funds have claimed some $6 billion euros in damages from the losses in a slew of cases filed in the United States. The U.S. Department of Justice and the Securities and Exchange commission have also been investigating the case.

The matter has cast a shadow over Allianz, one of Germany’s most valuable companies. It is also one of the world’s biggest money managers with 2.5 trillion euros in assets under management through bond giant Pimco and its Allianz Global Investors, which managed the funds at the centre of the probes.

Allianz said that it expects a settlement with major investors “shortly” but discussions with other investors, the DOJ and SEC “remain ongoing”.

The quarterly loss compares with a profit of 1.8 billion euros a year ago. Profit for the full year at 6.6 billion euros was the lowest since 2013.

The $15 billion Structured Alpha funds catered in particular to normally conservative U.S. pension funds, from those for labourers in Alaska to teachers in Arkansas to subway workers in New York.

After the coronavirus sent markets into a tailspin early in 2020, the Allianz funds plummeted in value, in some cases by 80% or more. Investors alleged Allianz strayed from its stated strategy in their lawsuits.

Allianz has publicly disclosed the SEC and DOJ investigations. It previously said it intended to defend itself “vigorously” against the investors’ allegations. Baete has said “not everything was perfect in the fund management”.