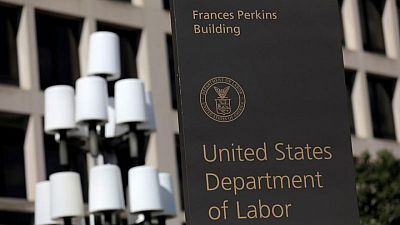 The Internal Revenue Service last week dropped mandatory verification through ID.me for people filing their taxes online this year. But about half of U.S. states still use ID.me, which employs a mix of facial recognition technology and video-chat interviews, to confirm the identity of unemployment applicants. Other states have used rival tools.

Activists have argued that facial recognition remains too faulty for use in government applications, and that people should have more privacy and control over face scans.

ID.me declined to comment on the request, which came in a letter from Democratic Senators Ron Wyden, Sherrod Brown and Elizabeth Warren.

A day after the IRS announcement, ID.me said it would allow users to bypass facial recognition and proceed to a manual check. It has said security and equitable access are top priorities.

Reuters reported last year that a government watchdog group wrote to officials, including the Department of Labor’s inspector general, that the influential National Association of State Workforce Agencies (NASWA) may have interfered with open-competition requirements by recommending ID.me to the exclusion of others. NASWA is partially backed by the Labor Department.

States have called ID.me valuable for curbing record unemployment assistance fraud during the COVID-19 pandemic. But some legitimate applicants experienced delays after facial recognition failed to verify their identity and long waits for interviews with manual verifiers ensued.

The senators urged the Labor Department to work with other agencies on alternative recommendations, including possibly the federal government’s Login.gov identity verification tool.

Over 40 million people are registered on Login.gov, which uses credit histories and other records for verification.

ID.me says it has 73 million users.