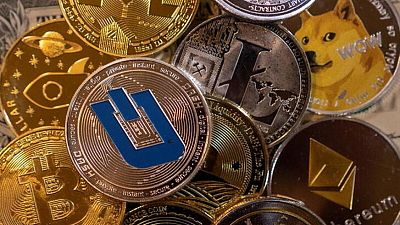 By Swati Bhat and Nupur Anand

MUMBAI -Cryptocurrencies are akin to Ponzi schemes or worse and banning them is the most sensible option for India to avoid the threat they pose to financial and macroeconomic stability, a deputy governor at the Reserve Bank of India (RBI) said on Monday.

“We have also seen that cryptocurrencies are not amenable to definition as a currency, asset or commodity; they have no underlying cash flows, they have no intrinsic value; that they are akin to Ponzi schemes, and may be even be worse,” Sankar said in a speech.

Crypto exchanges and investors have been arguing for regulation of cryptocurrencies as an asset and the government’s recent budget annoucement to tax gains from these has raised hopes that the they will not be banned.

Sankar, however, dismissed the suggestion that these highly volatile virtual coins should be regulated and instead called for an outright ban.

“Cryptocurrencies are not currencies, or financial assets or real assets or even digital assets. Therefore, it cannot be regulated by any financial sector regulator. It is not possible to regulate something that one cannot define,” he said.

“All these factors lead to the conclusion that banning cryptocurrency is perhaps the most advisable choice open to India.”

“The fact that they are anonymous, decentralised systems that operate purely virtually makes cryptocurrencies particularly attractive to illegal, illegitimate transactions,” he said, adding that blockchain technology can still be promoted even if private cryptocurrencies are banned.

“It should be possible to maintain a blockchain without any native cryptocurrency if transactions are authenticated centrally,” Sankar said.

There are about 15 million to 20 million cryptocurrency investors in India, with total holdings of about 400 billion Indian rupees ($5.3 billion), according to industry estimates.

The RBI says the average holding continues to be small at only 1,566 rupees, which means that “wealth loss, if it is a possibility, is likely to affect only a small fraction of these investors”.