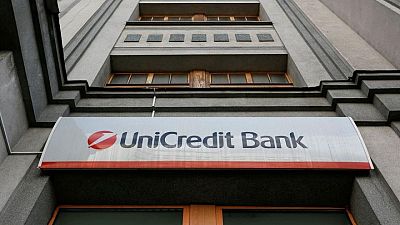 MILAN – Italian bank UniCredit plans to sell around 2 billion euros ($2.29 billion) in impaired debts to bad loan specialist Prelios after halting a process to hire a debt recovery firm for the portfolio, three sources close to the matter said on Wednesday.

The deal will beef up assets managed by Prelios just as the group evaluates a possible initial public offering or a tie-up to allow its owner – U.S. investment fund Davidson Kempner Capital Management – to cash out, bankers said.

New York-based DK took Prelios private in 2018 after launching a buyout offer for the Milan-based group, which is one of Italy’s leading bad loan managers.

Some 250 billion euros in impaired loans offloaded by the country’s lenders in the past few years have turned Italy into Europe’s biggest market for distressed bank debt.

A sale would lower UniCredit’s impaired loans close to 3.1% of total lending, based on Reuters calculations, compared with 3.6% at the end of December when they totalled 16 billion euros. That compares with 61 billion euros in mid-2016 when UniCredit embarked on a restructuring.

The portfolio comprises “unlikely to pay” (UTP) loans, which are not yet in default but are unlikely to be repaid in full, with an average size below 5 million euros each, the three sources said.

In December Reuters had reported UniCredit had sent out teasers to select a debt recovery firm for a UTP portfolio worth around 1 billion euros.

The sources said the selection process, known as Project Tiger, had been halted and the sale of the bigger portfolio to Prelios agreed.

With around 30 billion euros of impaired debts under management, Prelios specialises in UTP loans. In 2019, the company struck a landmark UTP partnership with rival banking heavyweight Intesa Sanpaolo.

Intesa last week said it could strengthen that partnership as it works to whittle down its problem loans under a new strategy to 2025.