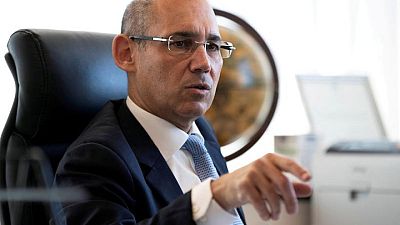 JERUSALEM – Israel’s central bank said on Thursday it wants to get opinions from organisations, academics, companies and private individuals by March 20 on whether they think the long-standing inflation target of 1-3% and the way it is calculated would still be appropriate long term.

The bank has maintained the 1-3% target since it was set by the government in 2003. However, Bank of Israel Governor Amir Yaron said last July that he saw room for a change in the target as well as possibly the criteria for determining it, given structural economic changes such as technological advancements and online shopping pushing prices down.

While the government sets the inflation target, the central bank has freedom to adjust interest rates as it sees fit to meet the target.

On Thursday, the bank said it is seeking opinions on the advantages and disadvantages of the current target relative to the conditions of the Israeli economy, and on various potential adjustments such as a different range, a single-point target rather than a range, a maximum target only and basing it on a different price index.

“Should the Bank conclude that there is room to change the current target, it will recommend to the government to act accordingly,” the Bank of Israel said.

“The decisions that the Bank of Israel will make in the end will not be affected by inflation in the short term, but rather by the assessment that the Bank will formulate regarding the inflation target that will best serve the Israeli economy in the coming decades.”

Governor Yaron in his comments last July about the target noted that the range had been set in early 2000 when the memory of hyper inflation from the 1980s was still fresh.

He has since said that a final decision on whether to adjust the target was likely in 2022.

Israel’s inflation rate stood at 2.8% in December 2021, the latest available data and an eight-year high.