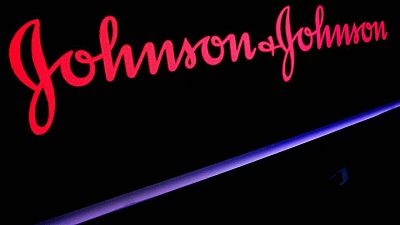 By Maria Chutchian and Tom Hals

– Johnson & Johnson tried to get a U.S. judge to block Reuters from publishing a story based on what it said were confidential company documents about the healthcare giant’s legal maneuvers to fight lawsuits claiming its Baby Powder caused cancer.

“The First Amendment is not a license to knowingly violate the law,” said the company in a filing late Thursday in U.S. Bankruptcy Court in New Jersey, where a unit of J&J had sought bankruptcy protection while defending the Baby Powder lawsuits. The First Amendment of the U.S. Constitution protects freedom of the press.

On Friday, Reuters reported that J&J secretly launched “Project Plato” last year to shift liability from about 38,000 pending Baby Powder talc lawsuits to a newly created subsidiary, which was then to be put into bankruptcy. By doing so, J&J could limit its financial exposure to the lawsuits.

After the publication of the story, Reuters asked U.S. Bankruptcy Judge Michael Kaplan to deny J&J’s motion, claiming it was moot. Less than an hour after Reuters submitted its letter, J&J said in a filing that it was withdrawing a request for an immediate hearing on the matter but was “not prepared to agree” that its request regarding the documents was moot.

J&J said in its filing after the publication of the story that it intends to continue discussions with Reuters and said it was “heartened that publication of confidential documents may no longer be imminent.”

J&J’s request to block publication was “among the most extraordinary remedies a litigant can request under the law,” attorneys for Reuters, a unit of Thomson Reuters, said in a Friday court filing. The news agency’s lawyers called J&J’s request a “prior restraint of speech on a matter of public interest.”

J&J said Reuters had obtained documents that were protected from public disclosure by an order from Kaplan. The company demanded that Reuters return the documents and refrain from publishing information gleaned from the documents.

“This is a complex matter that should be heard by the court – in a forum where both sides present their cases in an appropriate setting – and not argued through the media,” a J&J spokesperson said in a statement on Friday.

Reuters denied that it has confidential information, saying in court papers that the confidentiality of one of the documents was lifted in January and that the second is not in the possession of Reuters.

J&J maintains that its consumer talc products are safe and have been confirmed to be asbestos-free.

The company has said it placed LTL into bankruptcy to settle those claims rather than litigating them individually. It has said resolving these claims through Chapter 11 is a legitimate use of the restructuring process.

Talc plaintiff committees argue that J&J should not be permitted to use bankruptcy to address the talc litigation and that by doing so, it is depriving plaintiffs their day in court.