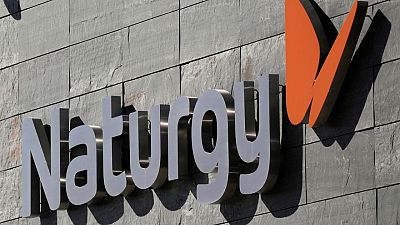 MADRID -Spanish power and gas group Naturgy slightly beat its 2021 earnings guidance on Friday, boosted by a recovery in energy demand as the global economy emerged from the COVID-19 slump and higher gas prices.

Naturgy generates and sells gas and power and operates gas infrastructure, mainly in Spain and Latin America. Having become a major trader of natural gas, it is now trying to shift to low-carbon energy sources seen as vital to reducing global warming.

It singled out a 71.4% increase in gas prices at U.S. benchmark Henry Hub over the course of the year, with gas demand rising 5.4% in Spain and 22.5% in the Latin American markets where it operates.

Electricity demand rose by 2.4% and 4.8% in Spain and Latin America respectively last year, the company said.

The combination of higher demand and prices helped propel full-year ordinary EBITDA, which does not include extraordinary items, 7% higher year on year to 3.98 billion euros ($4.56 billion).

This was just above guidance the company had trimmed to 3.8 billion-3.9 billion euros in November.

Earnings from the liquefied natural gas (LNG) business soared 80% in the year, after languishing when a global glut coincided with cratering demand when economies locked down to contain the spread of COVID-19.

Naturgy shares were up 1.2% on the Madrid bourse by 0858 GMT, after the results were released.

IFM secured less than half of what it had originally wanted in a friendly partial takeover offer after the company’s three main shareholders – Spanish holding company Criteria, and private equity firms CVC and Global Infrastructure Partners (GIP) – decided not to tender their shares.

Net profit rebounded to 1.2 billion euros in 2021 from a loss of 347 million euros the previous year.