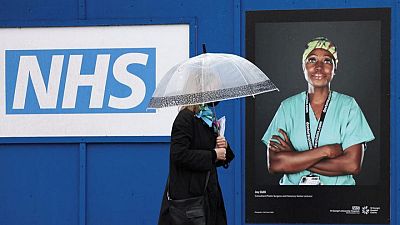 – Britain’s competition watchdog on Thursday fined five firms a total of 35 million pounds ($47.5 million) for impeding competition in the supply of some anti-nausea pills to the state health service.

The firms, which include Alliance Pharma and private-equity group Cinven, paid a competitor to cancel the launch of a rival prochlorperazine product, the UK Competition and Markets Authority (CMA) said.

That led to a 700% surge between 2013 and 2017 in the price that the National Health Service was forced to pay for the drug, which is used to treat nausea, dizziness and migraines, it added.

“The size of the fines reflects the seriousness of this breach… We will not hesitate to take action like this against any businesses that collude at the expense of the NHS,” CMA chief executive Andrea Coscelli said.

Between 2014 and 2018, the annual NHS costs for prochlorperazine increased from around 2.7 million pounds to roughly 7.5 million pounds while the number of packs dispensed to it fell, the CMA said.

Thursday’s fine comprised 7.9 million pounds for Alliance, 7.3 million for Lexon, 4.6 million for Medreich and 15.5 million between Advanz and Cinven.

In separate statements, Alliance and Advanz both said they would appeal. The other companies did not immediately respond to Reuters’ request for comment.

Last July the CMA fined more than 10 drug firms a record 260 million pounds for overcharging the NHS for a steroid whose prices jumped 10,000% in under eight years.