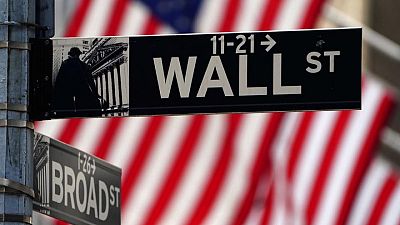 NEWYORK – The party is over for technology start-ups rushing to go public at ever-higher valuations, as volatile U.S. stock markets have dampened investor appetite for high-growth stocks.

A 6% drop in the S&P 500 index and a 75% rise in Wall Street’s fear gauge, as the Cboe Volatility Index is known, since the beginning of the year have led many companies to push the pause button on listing plans.

“You’re going to continue to see probably fewer deals launched than you otherwise would have if the market hadn’t gotten a lot choppier here,” said Eddie Molloy, co-head of equity capital markets for the Americas at Morgan Stanley.

Most shares of 396 companies that went public in 2021, excluding special purpose acquisition companies, were already trading well below their flotation price as investors worried about frothy valuations — down 28% on average, according to Dealogic.

IPOs raised a total of about $6.9 billion in January, down 83% from the same period last year, according to Dealogic

Companies with plenty of growth but little or no profit to show were snubbed first by IPO investors.

“The recent and anticipated moves in interest rates is forcing investors to re-value cash flows, growth and risk, translating to a rotation away from the highest growth, riskiest assets across sectors,” said Andrew Wetenhall, co-head of equity capital markets in the Americas at Morgan Stanley.

Should market volatility continue, it could benefit direct listings at the expense of traditional IPOs, investment bankers say. In a direct listing a company goes public without selling shares though underwriters, and its stock market debut is less vulnerable to market jitters.

“Markets loathe uncertainty, so any alleviation of it should improve the market backdrop, especially for IPOs,” said Michael Ventura, managing director at RBC Capital Markets.

Tech stocks and the broader market rebounded this week, recovering close to half of their losses in January and giving dealmakers hope the IPO environment will become favorable again soon.

Jimmy Baker, president of B. Riley Securities, said the IPO market recovery may start with companies that generate strong cash flows going public, as investors with little risk tolerance for loss-making unicorns are attracted to offerings that promise to deliver yield.

“There’s not a lot of receptivity to IPOs. (However), we expect in the near future, there will be receptivity to yield-oriented opportunities,” said Baker.