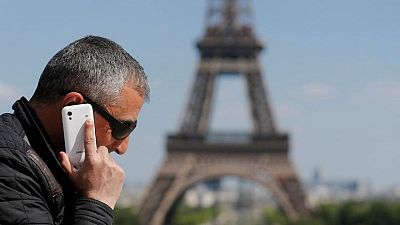 BRUSSELS – EU policymakers need to do more to attract investments in the telecoms sector if the bloc wants its economy to become more independent from global powers like Asia and the United States, a report by telecoms lobbying group ETNO said on Wednesday.

The 27-country European Union is banking on 5G to lift it out of a COVID-19 pandemic-induced recession and take the lead in internet-connected devices.

In terms of capital expenditure per capita, Europe’s spending stands at 96.3 euros versus 191.9 euros in the United States and 115.4 euros in South Korea, the report said.

“The increase of telecom investment and the resilience of the sector are desirable from a societal viewpoint and they are key to Europe’s ‘Open Strategic Autonomy’ plans,” the study said.

“Therefore, the sustainability of the sector should encourage strong policy action to dramatically improve the investment climate.”

“Despite the highest investment in years, Europe has not filled its global digital gap yet. Our sector still suffers from highly regulated revenues: we need strong policy support for faster network roll-out and for more consolidation,” she said.

The sector has long called for easier regulatory scrutiny of consolidation in national markets and to be allowed to monetise data traffic on their networks to catch up with rivals such as Google, Facebook and Microsoft.