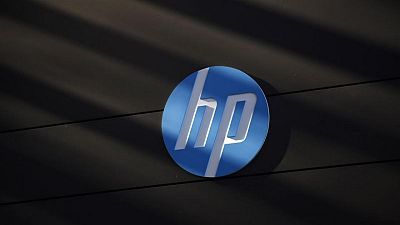 LONDON – Hewlett-Packard won the majority of its civil case against British tech tycoon Mike Lynch over its acquisition of Autonomy in 2011, though damages will be considerably less than the $5 billion claimed.

Below are the findings given by High Court Justice Robert Hildyard on Friday.

“I have reached clear conclusions in these proceedings on the civil liability of Dr Lynch and Mr Hussain for fraud under FSMA [Financial Services and Markets Act 2000], common law, and the Misrepresentation Act 1967, applying, of course, the civil standard of proof of the balance of probabilities.”

“The hardware reselling programme was conceived, expanded and implemented in order to enable Autonomy to cover shortfalls in software revenue by selling hardware and including the revenue without differentiation in revenue shown in the accounts as generated by Autonomy’s software business.”

“The purpose of the hardware reselling strategy/programme was dishonest, and the way it was accounted for depended on its dishonest presentation.”

“The Defendants were well aware of this.”

“The impugned VAR (reseller) transactions had no commercial substance. They were a means by which Autonomy could maintain the appearance of meeting revenue targets at the end of a quarter.”

“The purpose of the strategy was to ensure that Autonomy continued to appear to be a company which met its forecasts out of the sales of IDOL and related software and thereby maintained its share price.”

“(Lynch and Hussain) knew that the recognition of revenue on the sale to the VAR (reseller) was improper, and that the accounts were thus false.”

Autonomy would buy a product from a customer or reseller that it did not need in return for them buying its software.

“I am satisfied that both Defendants knew that these reciprocal or round-trip transactions also were contrived with the dishonest purpose of artificially boosting apparent high margin software sales, with the effect of giving an exaggerated depiction of the success of Autonomy’s core business.”

Customers, who were already making periodic payments to Autonomy for hosting its archive, would make a lump sum payment for what on the face of it looked like a software licence.

“Both Defendants were aware of the true nature of these lump sum arrangements and that they were driven by income recognition.”

“They knew it gave a false impression to recognise the income immediately.”

Autonomy categorised some revenue as sales to OEMs (original equipment manufacturer), which would incorporate Autonomy software into their products in return for paying a royalty. Such deals were highly valued by investors.

“A substantial proportion of the sales categorized as OEM sales (…) did not have this recurring nature, nor were they to OEMs. Instead, they were one-off sales to buyers.”

“I have found that both Defendants knew that the accounts and the representations they made in this regard gave a misleading picture of Autonomy’s OEM business.”