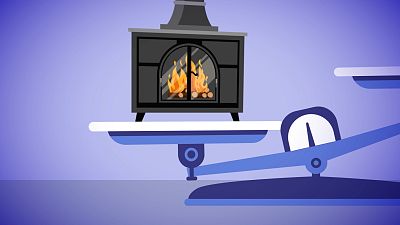 Fuel poverty is the term given to a type of poverty where households are unable to access essential energy services that underpin a decent standard of living and health. In other words, they can’t afford to heat their homes properly.

It can also refer to an inability to afford to stay comfortably cool in summer. The right to access essential services like energy is enshrined in Principle 20 of the European Pillar

How does fuel poverty affect people in Europe?

More than 35 million Europeans are unable to afford to keep their homes warm in winter, according to the latest data, which would be equivalent of the entire populations of Greece, Portugal, Hungary and Ireland combined having to decide between heating their homes and putting food on the table. However, the true figure is thought to be even higher than this.

Cold homes contribute to an increase in mortality and although this occurs mostly in winter, it depends more on housing conditions than on climate.

Those who are most vulnerable are people with disabilities, single parent households, children, elderly citizens, women and the unemployed. However, the pandemic means that new groups, like students and self-employed people, are also more likely to face fuel poverty.

What is behind fuel poverty?

The two root causes behind energy poverty are low incomes and living in buildings with low energy efficiency.

Soaring fuel prices in Europe in recent months and the ongoing pandemic have exacerbated the problem, making it even harder for people to pay their bills.

Energy poverty affects all EU member states. While winters are colder in northern Europe, the problem is most acute in southern and eastern European countries. This can be explained not only by lower income, but also by the fact that more people there live in poor energy performing buildings.

What needs to be done to combat fuel poverty?

The EU has outlined measures it suggests countries should put in place to keep fuel prices low, including emergency income support and tax reductions.

In the longer term, countries need to invest in renewable energy and energy efficiency.

Macro-financial assistance is 30 years old - what does it do?